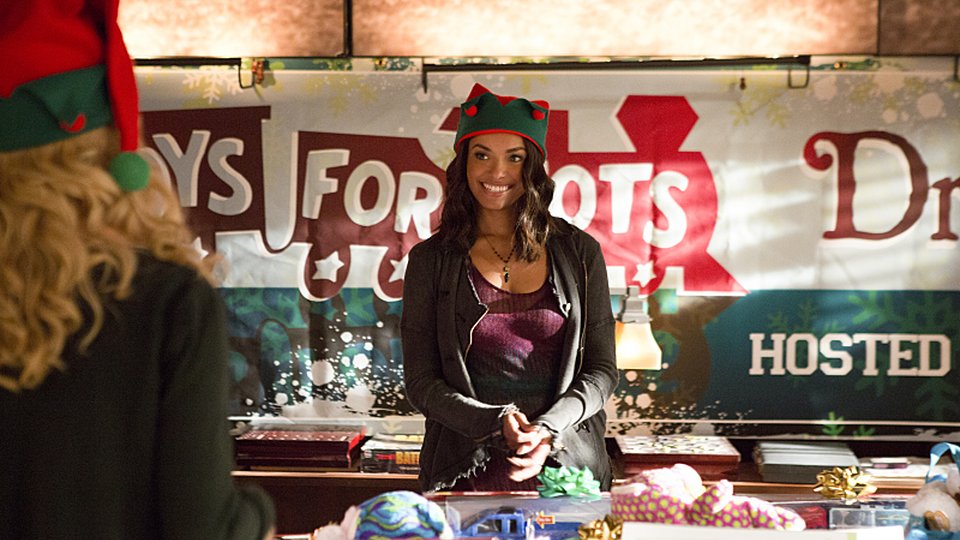 Lily (Annie Wersching) made the ultimate sacrifice on the latest episode of The Vampire Diaries.

Realising that she had to protect her actual children, Lily decided to take her own life in a bid to get rid of Julian (Todd Lasance) but she didn’t realise that she wasn’t linked to her lover any more. Due to the failure of Lily’s plan, Julian is still roaming free and is a threat to Damon (Ian Somerhalder) and Stefan (Paul Wesley) as well as all of their friends.

Elsewhere in the episode Nora (Scarlett Byrne) broke up with Mary Louise (Teressa Liane), and Stefan and the heretics said goodbye to Lily. In the flashforward Damon was held captive by a woman and hallucinated Lily, and found out he was dying after being infected with a werewolf toxin.

The next episode of the season is Cold as Ice. In the events following their mother’s passing, Stefan and Damon try to engage in the holiday spirit.

Tune in to ITV2 at 11.05pm on Wednesday to see the episode. Preview it with our gallery below: