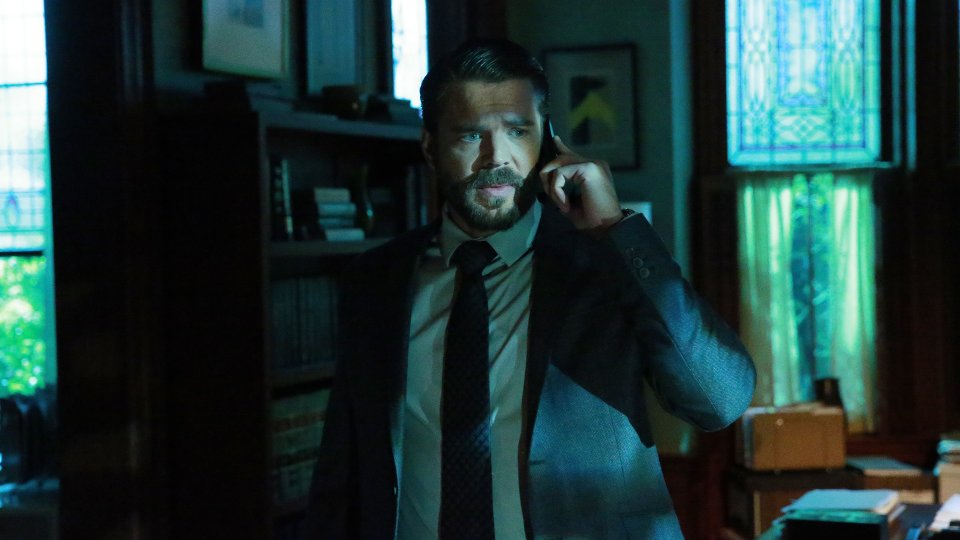 Oliver (Conrad Ricamora) turned up alive and well after Philip (Jefferson White) visited him on the latest episode of How to Get Away With Murder.

Connor (Jack Falahee) rounded on Annalise (Viola Davis) when he thought that Oliver had been taken and/or hurt by Philip. That proved not to be the case when Oliver and Philip arrived at Annalise’s house where Philip blackmailed Annalise and tried to convince them that he had nothing to do with the Hapstall murders. Oliver lifted a straw that Philip had been drinking from and a DNA test proved that he was at the scene of the Hapstall crime. The new evidence meant that the Hapstall twins didn’t take plea deals and it was revealed that Philip was a product of incest.

Elsewhere in the episode Wes (Alfred Enoch) realised that Catherine (Amy Okuda) may be linked to Philip, and Caleb (Kendrick Sampson) told Michaela (Aja Naomi King) that he found a gun in Catherine’s studio.

In the flashforward Connor tried to leave the crime scene and Bonnie (Liza Weil) threatened to kill him if he left.

The mid-season finale is What Did We Do? New evidence in the Hapstall case leads to an explosive confrontation, and Annalise’s shooter is finally unmasked.