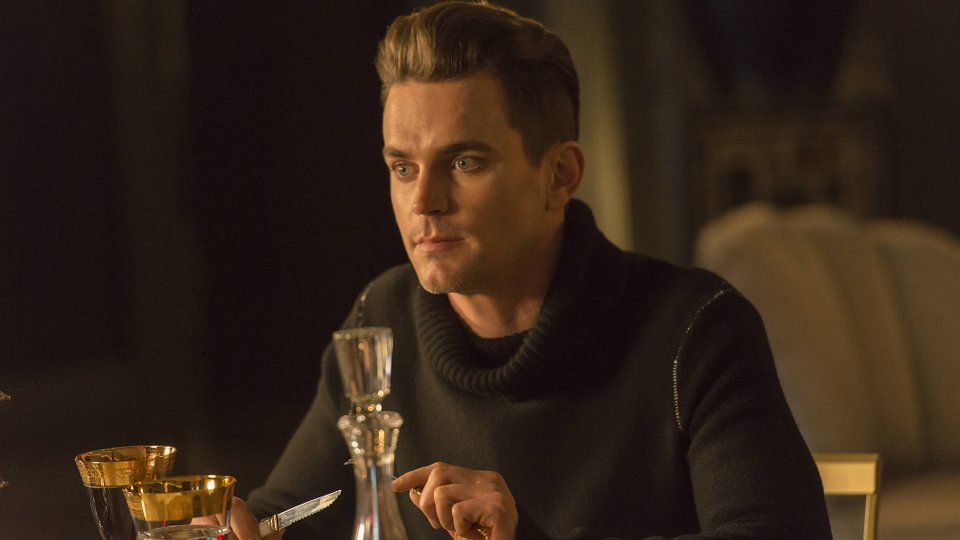 After tracking down Valentino (Finn Wittrock) and Natacha (Alexandra Daddario), Elizabeth decided to construct the Cortez as a shelter against the modern world. After marrying Will (Cheyenne Jackson), Elizabeth imprisoned him with Ramona (Angela Bassett) after he reacted badly to her child Bartholomew.

Elsewhere in the episode Donovan (Matt Bomer) betrayed Ramona and imprisoned her in the hotel in a cage, where she was joined by Will and subsequently killed him to drink his blood. Alex (Chloe Sevigny) tracked down the kids from the school massacre and discovered that they had killed their parents.

The next winter finale is She Gets Revenge. Alex enlists John’s help in containing an outbreak. Donovan learns The Countess’ true intentions. Liz and Iris plan to leave the hotel for good.