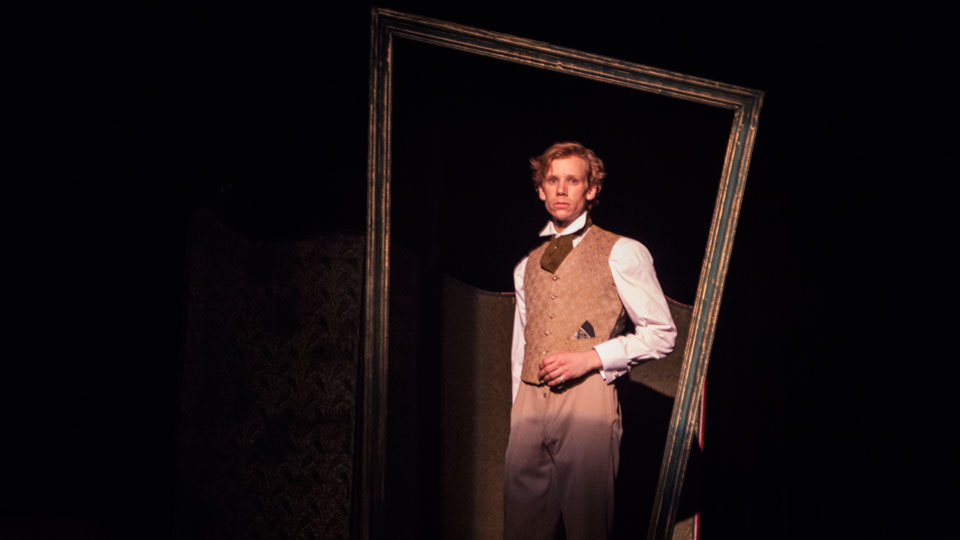 The Picture of Dorian Gray will play at Trafalgar Studios from Monday 18th January to Saturday 13th February 2016.

2016 marks the 125th anniversary of Oscar Wilde’s The Picture of Dorian Gray and now it has been freshly adapted by Merlin Holland, Wilde’s only grandson, and John O’Connor of European Arts Company.

John Gorick who played the title role in last year’s sell-out success The Trials of Oscar Wilde at Trafalgar Studios, has been named as the final cast member in this production. He plays the wickedly witty Lord Henry Wotton and joins up with Guy Warren-Thomas (Little Pieces of Gold, Park Theatre; The Cave, Blue Elephant Theatre; Downton Abbey, ITV), Rupert Mason (The Trials of Oscar Wilde, Trafalgar Studios; The Madness of George Dubya, West End; The Tempest, RSC), and Helen Keeley (The Importance of Being Earnest, London Classic Theatre; To The End, Southwark Playhouse; Summer Days Dream, Finborough Theatre).

The production is also pleased to announce its partnership with the national charity Stonewall which celebrates difference and campaigns for equality for lesbian, gay, bisexual and transgender people. Stonewall believes in supporting those who can’t yet be themselves which is particularly fitting considering the storm of critical protest that initially met the publication of The Picture of Dorian Gray, which was described in court as a ‘sodomitical book’ and formed part of the prosecution case against Oscar Wilde.

Ruth Hunt, Chief Executive of Stonewall comments, “We’re thrilled that European Arts Company are supporting our work and delighted that money raised from the West End run will help to tackle homophobic bullying in schools.”

In this West End production, Holland and O’Connor have reverted to Wilde’s original manuscript, reinstating some of the key lines that were censored and making more explicit the homoerotic themes of the story. Through access to the original manuscript, they have produced the version of Dorian Gray that Wilde always intended us to see.

Tickets can be booked through: www.atgtickets.com/venues/trafalgar-studios.