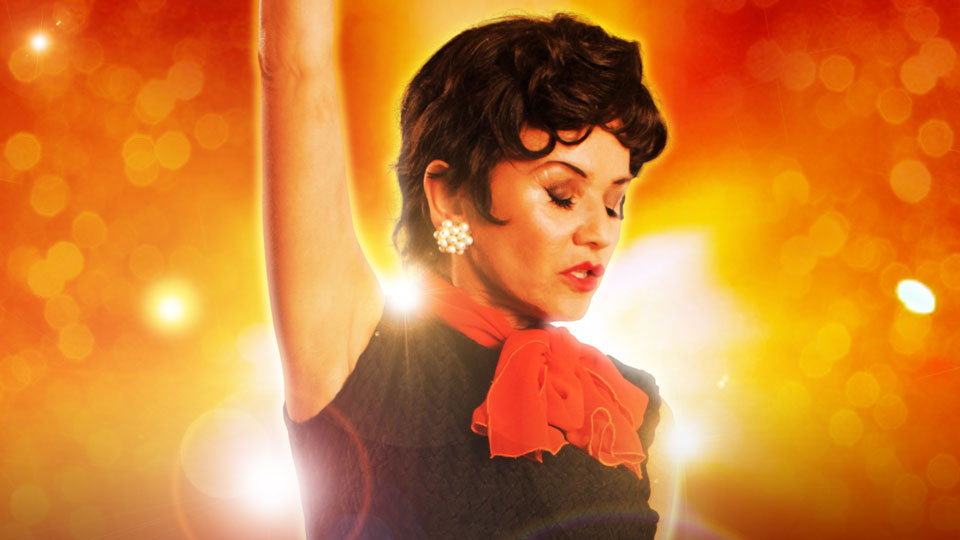 A hit in the West End and on Broadway, End of the Rainbow will return in 2016, playing at the Churchill Theatre Bromley from Tuesday 8th March to Saturday 12th March as part of a major new UK tour, starring Lisa Maxwell as Judy Garland.

It’s 1968 and Judy Garland, a once-glittering star, is in London to make her explosive comeback. But off stage, holed up in her hotel room, Judy is battling with her young new fiancé, her devoted accompanist, and her destructive addictions. Will she be able to conquer her demons and reclaim her crown as one of history’s great musical icons? Featuring Garland’s most memorable songs The Man That Got Away, Come Rain Or Come Shine, The Trolley Song and of course Somewhere Over The Rainbow, End of the Rainbow is a funny and emotionally charged musical play filled with Garland’s legendary tenacity, razor-sharp wit and unique voice.

Lisa Maxwell will play Judy Garland. She is best known for her role as Samantha Nixon in ITV’s The Bill from 2002 and 2009, and as a panelist on ITV’s Loose Women from 2009 – 2014. Other television credits include EastEnders, The Russ Abbot Show and The Lisa Maxwell Show.

Sam Attwater will play Mickey. Sam made his TV acting debut in 2009, playing Ricky in Hollyoaks. The following year he joined EastEnders and its online spinoff EastEnders: E20, as Leon Small. Stage credits include Brad in the 40th Anniversary tour of The Rocky Horror Show, Dreamboats and Petticoats in the West End, and the 2014 UK Tour of Seven Brides for Seven Brothers.

On Thursday 10th March 2.30pm performance the role of Judy Garland will be played by Ellen Verenieks.

End of the Rainbow is written by Peter Quilter, whose plays have been presented in over 40 countries around the world and translated into 30 languages. For End of the Rainbow, Peter received an Olivier Award nomination for Best New Play.

End of the Rainbow will be directed by Daniel Buckroyd.