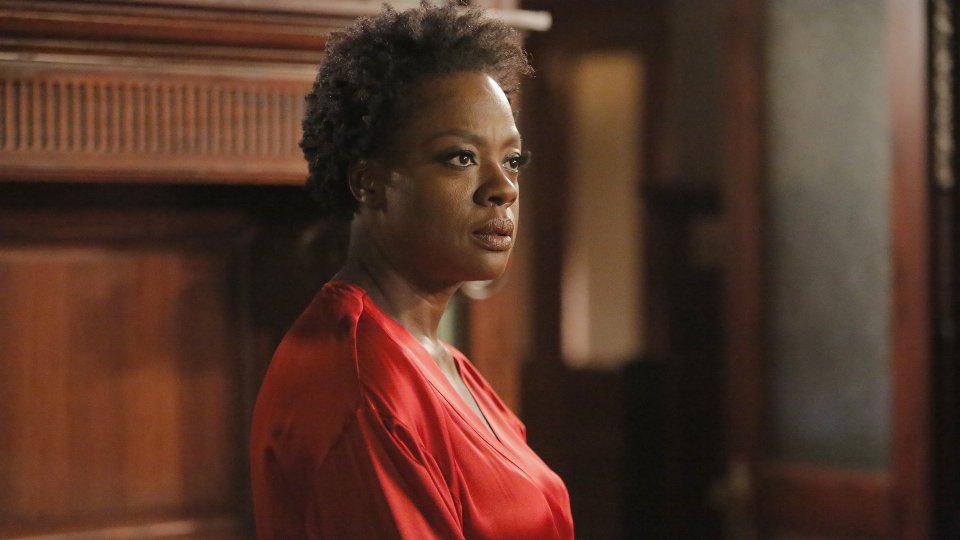 Oliver (Conrad Ricamora) was brought in by Frank (Charlie Weber) to help the team on the latest episode of How to Get Away With Murder.

Connor (Jack Falahee) wasn’t thrilled about his boyfriend working for Annalise (Viola Davis) but Oliver soon proved his worth when he tracked down the Hapstall’s cousin Philip (Jefferson White) and set up a date using Connor as bait. It backfired though when Philip traced Oliver’s IP and surprised him at his apartment.

Elsewhere in the episode Eve (Famke Janssen) returned to defend Nate (Billy Brown) when he was accused of killing his wife, Bonnie (Liza Weil) discovered that Annalise had told Asher (Matt McGorry) about her past, and Annalise represented a man accused of making his ex-wife’s husband commit suicide.

In the flashforward Emily Sinclair (Sarah Burns) fell to her death at the Hapstall house and Bonnie was implied to be the person that murdered her.

The next episode of the season is Hi, I’m Philip. Annalise faces a battle on two fronts as Sinclair tries to take her down and Philip threatens her with blackmail. Philip’s past is revealed.

Tune in to Universal Channel at 9pm on Wednesday to see the episode. Preview the episode with our gallery below: