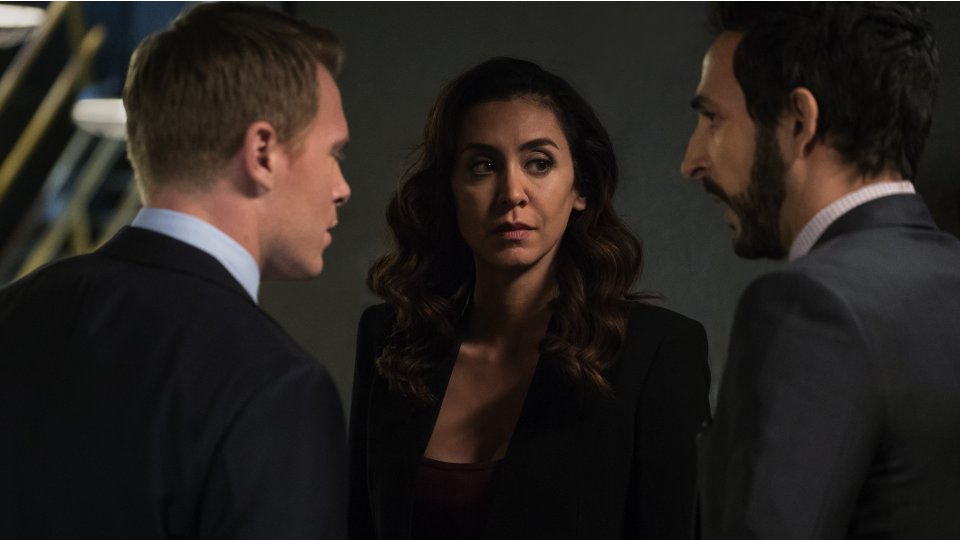 Samar (Mozhan Marnò) got a shock when she found out her brother was alive, after spending years thinking he had died, on the latest episode of The Blacklist.

During a mission to locate Zal Bin Hassan, Samar found her brother but soon discovered that he was actually Zal, the Blacklister they were looking for. After almost losing her life when her brother tried to kill a group of Mossad agents, Samar handed her brother over to Reddington (James Spader).

Elsewhere in the episode Tom (Ryan Eggold) delivered Karakurt (Michael Massee) to Cooper (Harry Lennix) and forced him to confess to framing Liz (Megan Boone), Ressler (Diego Klattenhoff) was happy when the Director (David Strathairn) was told to leave the task force building after failing to follow orders, and Ressler and Samar hooked up.

The winter finale of the third season is Kings of the Highway. Red and Liz are unexpectedly split up when Red lands himself in a dangerous situation. Meanwhile, Samar makes a chancy move to help Liz.