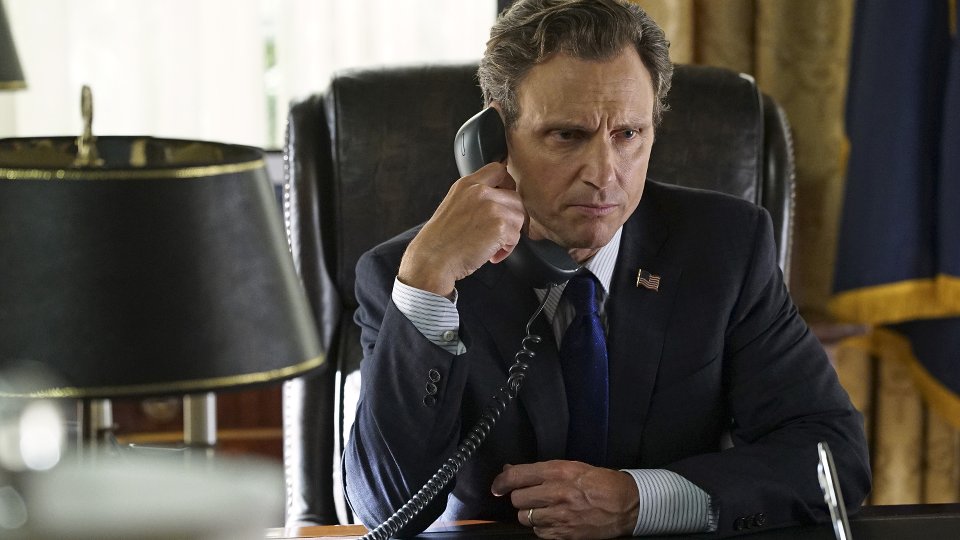 Olivia Pope (Kerry Washington) returned to our screens last week and things were looking bright for the future on the first episode of Scandal season 5.

Now in the White House by Fitz’s (Tony Goldwyn) side, Olivia found herself taking on a new client when the Queen of Caledonia’s visit turned into a tragedy when her son to be daughter-in-law was killed in a car accident. As is always the case there was much for to the case than first met the eye and the Queen wasn’t quite as innocent as she made out she was.

Elsewhere in the episode Cyrus (Jeff Perry) was cast out of the White House with Liz North (Portia de Rossi) taking his job, and Mellie (Bellamy Young) and Huck (Guillermo Diaz) dealt with the fallout from the aftermath of helping Command.

The next episode of the season is Yes. Abby has a crisis on her hands when the press get hold of a scandal involving Fitz.