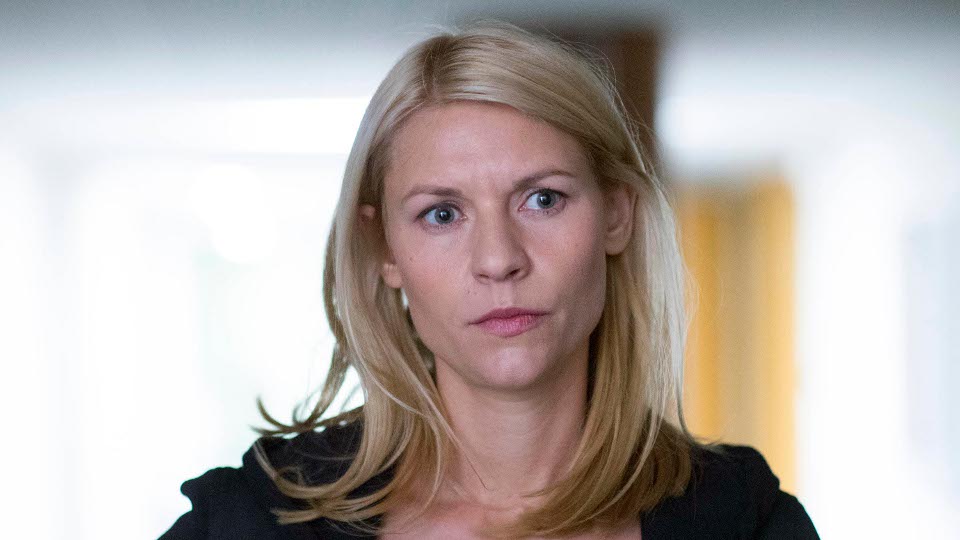 In Episode 7 Carrie (Claire Danes) nipped to Amsterdam in search of the truth of what is going on. Saul (Mandy Patinkin) used his Israeli contacts to kidnap himself and Quinn (Rupert Friend) was embedding himself with a Jihadist group. At the end of the episode Carrie was arranging a meet with Allison (Miranda Otto).

In Episode 8 Quinn and the group arrived in Kosovo, 70 miles from the Serbian border. He urged them to push on to Turkey but they insisted on stopping and asked him to remain hidden. Not one to do as he’s told Quinn had a sneak around and uncovered an ominous stash of gas masks.

Later when they were loading the truck he found himself knocked unconscious. When he came round he discovered that he was bound by gaffer tape. It turned out that the group aren’t going to Syria after all. They were just collecting some chemical weapons before heading back to Berlin.

Dar was investigating what happened to Saul before realising that he had escaped. He grilled Allison about Saul’s disappearance and she told him she had nothing to do with it. She also lied about her conversation with Saul at the hotel saying that he made noise to tell her he loved her.

While waiting on Carrie to get back in touch Allison met with Ivan again at their secret car park meeting place. He told her to be patient so she uses her time to shop for some ludicrously expensive handbags online.

Carrie meanwhile was taking no chances and hid a note inside a book at a church near Hamburg. It was a secret tactic her and Allison used during their days in Baghdad. The episode treated us to plenty flashbacks filling in some blanks of their time in Iraq. Most importantly we learn how the ambitious Allison ended up working as a double agent. There’s also a brief appearance by Brody but sadly it was nothing more than a picture of him on a wall.

Allison checked in again with Ivan who urged her to meet with Carrie. He explained that he’d have a sniper watching her and if she feels in danger to light up a cigarette and they will take Carrie out. During the meeting Carrie pushed Allison for information but she refused to give it up and also didn’t light the cigarette.

Saul spent his time this episode laying low with his Israeli friend Etai Loskin. The Israeli’s tried to get him to go back to the CIA but he refused so they gave him a day to wait for Carrie to get in touch. Later he had to flee as Dar was on his way to get him.

While Carrie was meeting with Allison she had gabehcuod hack into the laptop she recovered in Amsterdam. Once he breached the security an image jogged Carrie’s memory from a conversation she had with Allison in Baghdad. Suddenly it became clear to Carrie that Allison has been the traitor all along!

The next episode of the season is The Litvinov Ruse. The CIA and BND make a play, while Quinn reaches a terrifying discovery.

Tune in to Channel 4 at 9pm on Sundays to watch Homeland Season 5. Preview episode 9 with our gallery below: