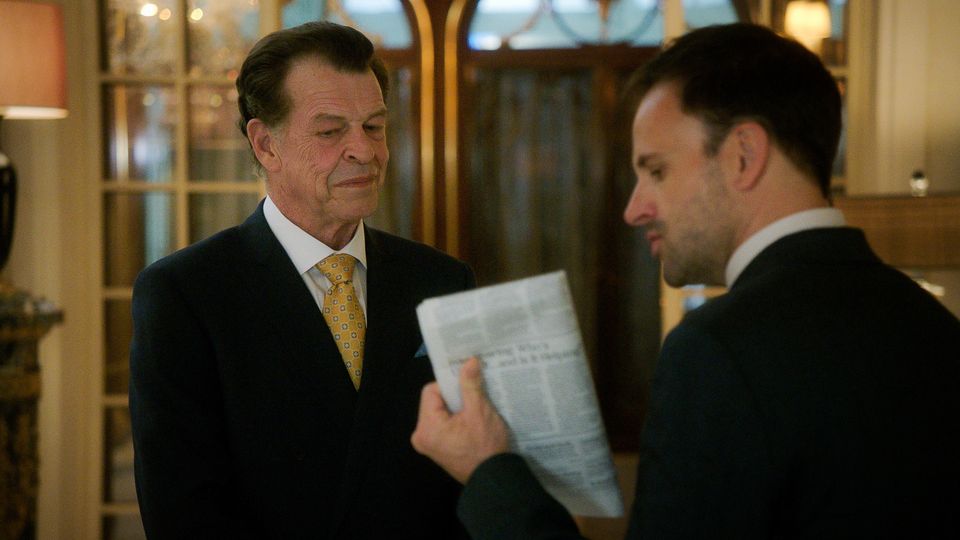 The first episode followed on from the dark events of the season three finale and saw Sherlock (Jonny Lee Miller) and Watson (Lucy Liu) no longer able to work with the NYPD. It also finally introduced Mr. Morland Holmes (John Noble) as Sherlock’s father.

Throughout the show there have been lots of snippets of info from Sherlock about his father and none of it has been good. So it comes as a surprise now we’ve finally met him that he doesn’t seem all that bad at all… does he?

We’ve been expecting a lot of fireworks but after plenty of sarcastic comments and insults from Sherlock, Morland appears to just want to help his son. He even takes Sherlock by surprise by offering to get him and Watson reinstated at the NYPD.

Sherlock is sure there is a hidden agenda but his father even showers him with praise at how he’s proud and respects his work. He sat up all night before speaking with Watson about it and she later goes to meet Morland for herself. She explains to Morland that Sherlock’s biggest problem is he’s a terrible father who always lets him down.

Unable to work for the NYPD for the moment Watson has got them a gig with FBI Agent Gary Burke investigating a triple homicide. It’s a trial run of sorts and the complex case that Sherlock needs to keep him distracted. During the case they manage to impress several times and eventually solve it.

Later, after much thought, Sherlock decides he does want to take his father up on his offer. He wants to go back to the NYPD as he likes working there and feels it will help with his recovery.

Watson hasn’t quite made up her mind and wants to talk to Morland again. She does some digging and when she confronts him she reveals she knows how he was able to influence the case against Sherlock to prevent charges. She eventually agrees to his offer of NYPD reinstatement but warns that she won’t let him hurt Sherlock.

The third episode of the new season is Tag, You’re Me. When Sherlock finds himself distracted by his father’s ongoing presence in New York City, he offers to help Morland resolve a work issue in exchange for his prompt departure home. Also, Holmes and Watson’s investigation into the double murder of two men who looked alike leads them into the world of facial recognition technology.

Tune in to Sky Living HD at 9pm on Thursday 3rd December to see the third episode. Preview it with our gallery below: