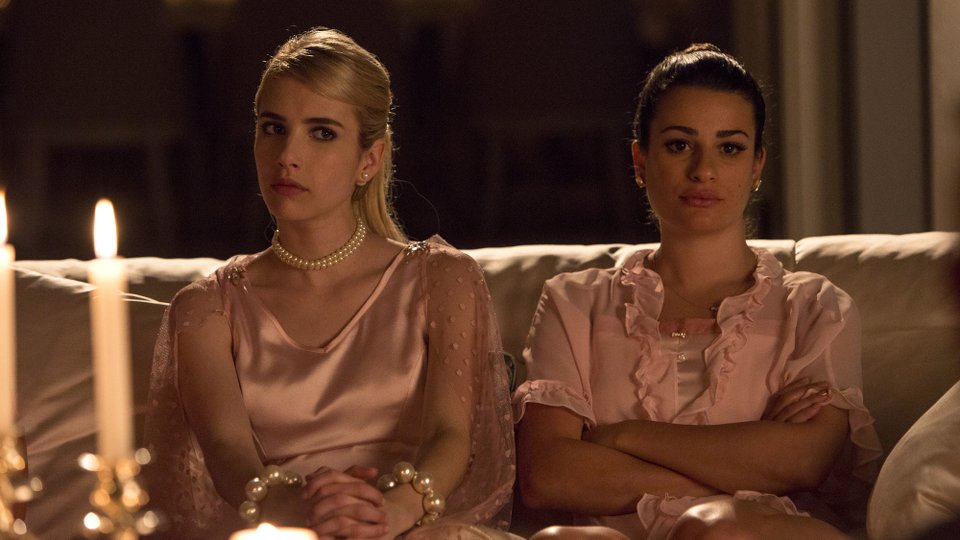 Zayday (Keke Palmer) managed to escape from the Red Devil in the latest episode of Scream Queens.

After being kidnapped, Zayday decided to take matters into her own hands after it took her friends too long to find her. Grace (Skyler Samuels), Pete (Diego Boneta), Wes (Oliver Hudson), Gigi (Nasim Pedrad) and Denise (Niecy Nash) found the Red Devil’s layer but he escaped before they could find out who he was.

Elsewhere in the episode Chanel (Emma Roberts) was arrested for the murder of Ms. Bean (Jan Hoag), Dean Munsch (Jamie Lee Curtis) imposed a curfew for Halloween night, and Dodger (Austin Rhodes) became the next victim of the Red Devil.

The next episode of the season is Seven Minutes in Hell. Chanel makes a surprising decision, leaving Zayday in a position of power. A shocking discovery is made as the girls host a slumber party.