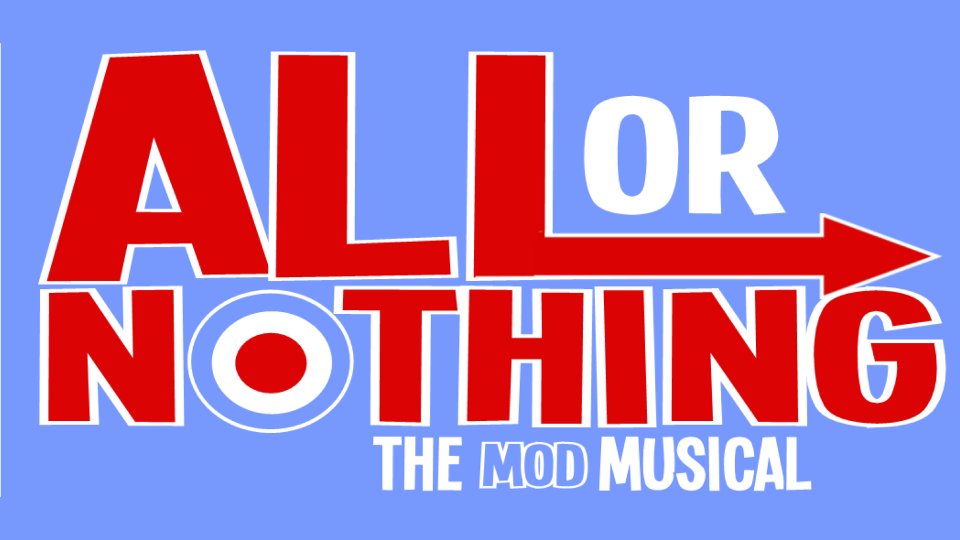 All or Nothing will play in London at The Vaults Theatre in Waterloo from 3st March to 30th April 2016 it has been announced.

The new Mod musical is about the legendary British band The Small Faces and it tells the exciting, poignant, and bittersweet tale of Kenney Jones, Ian McLagan, Ronnie Lane and Steve Marriott; four charismatic young kids from East London with humour, attitude, passion and above all talent. The Small Faces were rocketed into the big time only to discover the path to fantastic success is heaving with exploitation, corruption, betrayal and ultimately tragedy.

Telling the rollercoaster story of The Small Faces, All or Nothing celebrates the unique sound of the iconic Mod band. The musical is packed full of all the timeless hits, including the brilliant Whatcha Gonna Do About It, Tin Soldier, Lazy Sunday, Here Comes the Nice, Itchycoo Park and of course All or Nothing.

In 1964, a new phenomenon exploded on to the dingy British streets. It was the essence of all that was cool. It was Mod. Mods stuck two fingers up at the class-ridden society and its dull redundant culture. They were working-class free spirits who rode sexy streamlined Italian Vespas or Lambrettas. The sharpest Mod of all was known as a ‘face’. The Small Faces encapsulated all that is Mod, a unique blend of taste and testosterone, neat, clothes obsessed, and streetwise. But these cult sophisticates shared another passion, their dedication to ‘Rhythm and Blues.’

All or Nothing was first staged in 2013 in Brighton to critical acclaim. It featured PP Arnold, Mollie Marriott, Chris Farlowe and Danny Dyer. The show is written by Carol Harrison (EastEnders), who also stars and it directed by BAFTA winner Tony McHale (Waking the Dead, Murphy’s Law).

The show is sponsored by Ben Sherman, and is endorsed and supported by many of those who feature in its story. There will be Snap Gallery exhibition starting in March at The Vaults.

For more information and tickets head over to the-vaults.org

In this article:All or Nothing