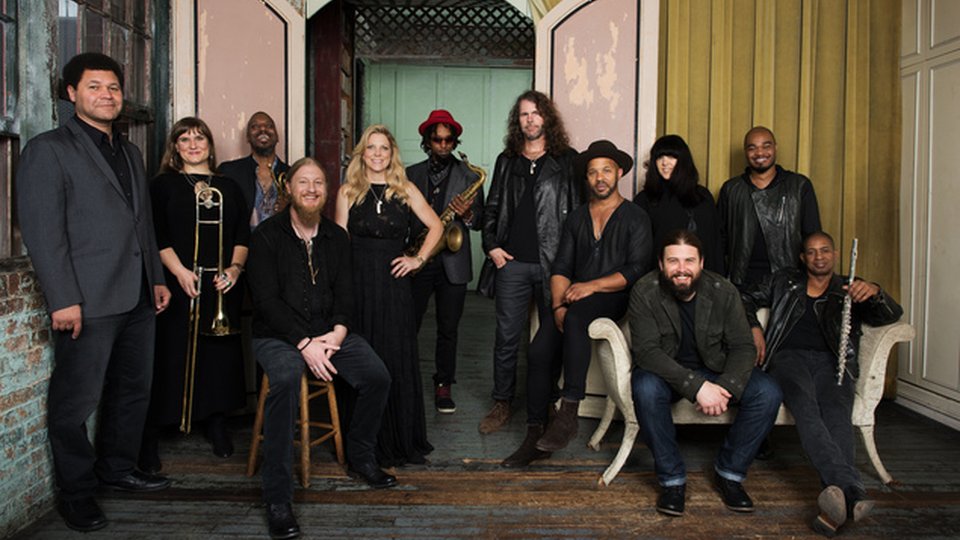 Tedeschi Trucks Band will release their new album Let Me Get By on 29th January 29th 2016.

Led by husband-and-wife team of singer-guitarist Susan Tedeschi and guitar virtuoso Derek Trucks, the band will release the album as their debut release for Fantasy Records. The album will be released as a standard edition and a 2-disc deluxe version that includes an 8-track bonus disc featuring live recordings from the legendary Beacon Theatre in New York, alternate mixes, early song takes and additional studio material, along with an expanded booklet containing exclusive studio and live photos, all housed in a custom-designed vintage amp box.

The album was recorded at Swamp Raga Studios, the band’s home studio in Jacksonville, Florida and is an exploration of independence, love an release. It combines Memphis soul, electric rhythm & blues, country, rock and classic song craft.

Listen to the lead album track Anyhow below: