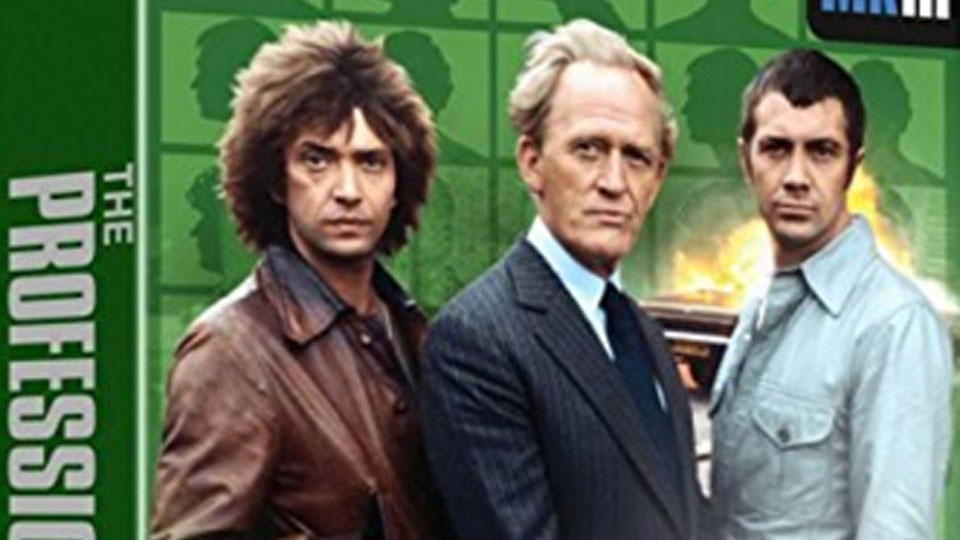 The further cult classic adventures of Bodie and Doyle, previously released on Blu-ray format as The Professionals Mk III, has arrived on DVD this week.

The thirteen episodes comprising this release from the 1979/80 third series of The Professionals are The Acorn Syndrome, Slush Fund, Weekend in the Country, Take Away, Stopover, Runner, A Hiding to Nothing, Dead Reckoning, Mixed Doubles, Need to Know, The Purging of CI5, Fugitive and Involvement.

We spoke about how ahead of its time the series was in our review of The Professionals Mk II, and the third series is no less impressive. Created by the king of British escapist television drama, Brian Clemens (The Avengers), The Professionals is consistently entertaining, and about as much fun as you can have watching a TV show. The chemistry and laddish banter between Bodie (the late, great Lewis Collins, who steals it for us) and Doyle (Martin Shaw), a commonplace ‘bromance’ these days, was innovative at the time, and they are brilliant on screen together. Most of the writers contributing to the show appreciate the humour that keeps these two young CI5 agents going, and Collins has most of the best lines, delivered wonderfully flippantly in his fabulous scouse accent. Gordon Jackson’s contribution to the series, as the deadpan elder statesman, Cowley (who has more than a touch of George Smiley about him) cannot be underestimated either.

This series gets off to a cracking start with The Acorn Syndrome, which is one of two episodes in the third season directed by Martin Campbell (who so superbly directed the Bond movie Casino Royale), whose flair for action sequences is apparent long before his involvement in the Bond franchise. His other contribution, Runner, is notable for featuring a young Michael Kitchen in a villainous role, as well as the late Sean Caffrey, who would later be reunited with Campbell playing IRA gunman McCroon in his 1985 TV masterpiece Edge of Darkness.

There are great guest stars in every episode – fans of British character actors will be in heaven spotting all the familiar faces. Overall the quality of writing is fairly high, even if there’s a tendency to rush the resolutions. The Purging of CI5 sees a terrorist attack on the headquarters, and Simon Rouse (The Bill) is on good form as an explosives expert. Take Away (directed by Doctor Who stalwart Douglas Camfield) introduces a touch of ethnicity to the series, which tried hard to be a pioneer in that regard. Nevertheless, as the name suggests, it falls back on regrettable stereotypes, and there’s some eyebrow-raising racist language from Bodie in another episode that’s an indication of how much society has changed in the intervening three and a half decades. The Professionals, like everything else, is a product of its time.

Mixed Doubles is a strong episode, which even features Bodie and Doyle, whilst assigned to foil a plot to kill a Middle Eastern president, chatting about their views on whether or not there’s an afterlife – which is a lovely character moment in a cracking instalment. Look out for Ian McCulloch (Survivors) playing his familiar angry tough-guy role. The series rounds out with Involvement, in which Bodie saves Doyle from a fate even worse than death: a sexual relationship with Patricia Hodge. It features William Russell (Doctor Who) in an uncharacteristically villainous role.

In some respects, The Professionals has a limited formula, leading to the necessary reshuffling of storylines; yet when playing to its strengths it’s undeniably fantastic television, and this batch of episodes is on a par with previous releases. Despite the controversy over violence (it has to be said that Stuart Wilson commits quite a shocking murder in Slush Fund), and the grim, derelict locations, The Professionals skirts much closer to fantasy and escapism compared to its predecessor The Sweeney. The three lead actors are never less than compelling and a joy to spend time with, and the calibre of talent from guest actors to directors ensures that The Professionals remains a quality product, and one that can now be enjoyed in the best definition imaginable.