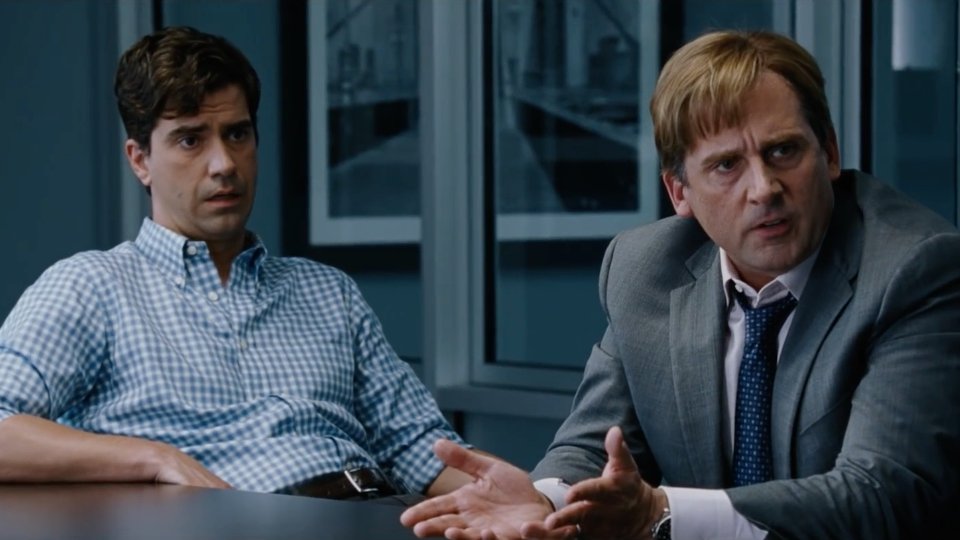 A sizzle reel has been released for forthcoming comedy The Big Short.

The video features the star-studded cast discussing director Adam McKay and has been released along with the one-sheet poster for the movie. The Big Short stars Christian Bale, Brad Pitt, Steve Carell and Ryan Gosling.

Four outsiders in the world of high-finance who predicted the credit and housing bubble collapse of the mid-2000s decide to take on the big banks for their lack of foresight and greed.

Adam McKay directs and co-wrote the screenplay with Charles Randolph. The film is based on the book by Michael Lewis.

The Big Short is released on 22nd January 2016. You can watch the sizzle reel at the top of this article and see the poster below:

In this article:The Big Short