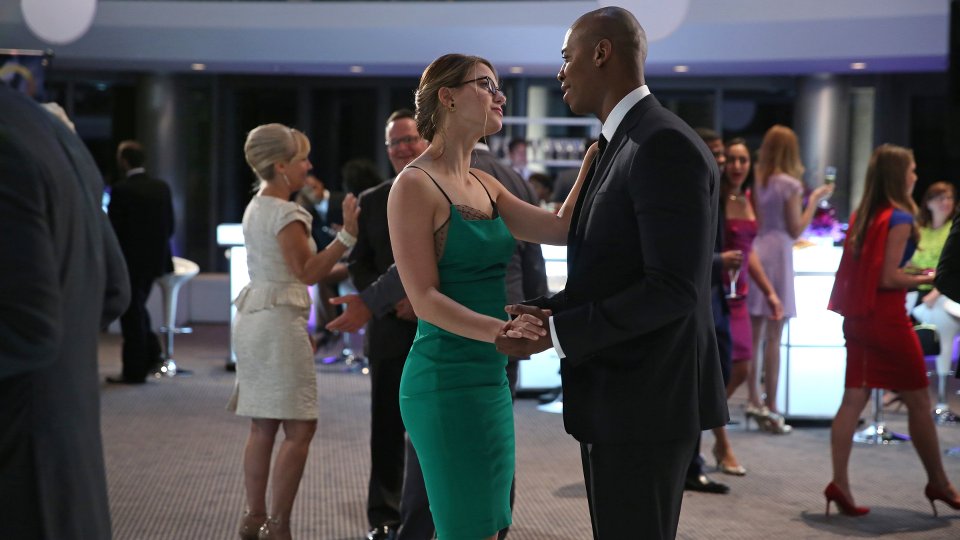 Kara (Melissa Benoist) tried to improve her image after her disastrous attempts to save her city on the latest episode of Supergirl.

Determined to show National City that she was there to protect them, Kara enlisted the help of Jimmy (Mehcad Brooks) and Winn (Jeremy Jordan). She also found time to train with Hank (David Harewood) and Alex (Chyler Leigh) to perfect her skills and hone her abilities.

Meanwhile a Hellgrammite kidnapped Alex and took her to Astra (Laura Benanti) leading to an explosive showdown between Kara and her aunt. Astra managed to escape but not before she was wounded by a kryptonite knife by Hank. Elsewhere Cat (Calista Flockhart) pressured Jimmy into getting her an interview with Supergirl and Hank’s eyes flashed red suggesting he may not be all he seems.

The next episode of the season is Fight Or Flight. Supergirl’s powers are put to the test when Reactron, one of her cousin Superman’s most formidable enemies, shows up in National City.