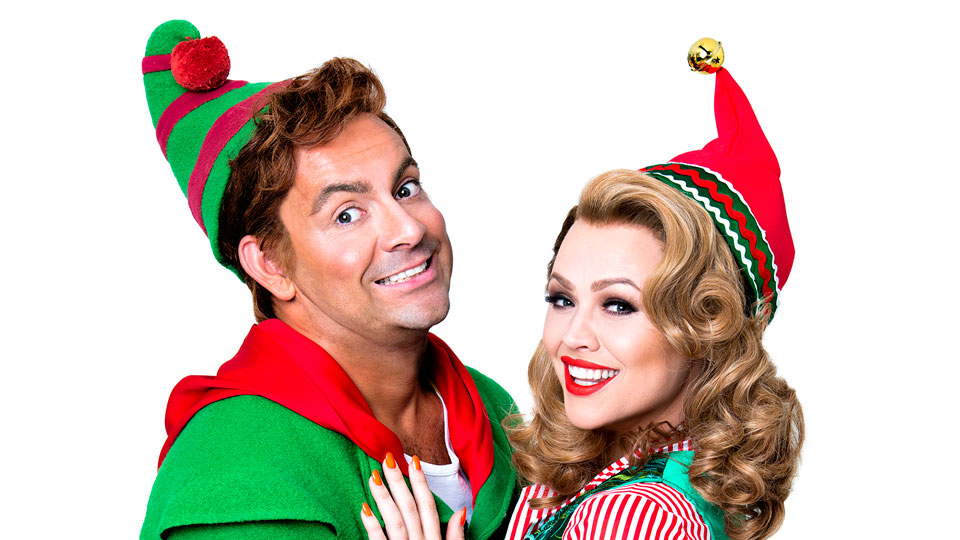 Based on the 2003 film starring Will Ferrell, Elf The Musical finally arrived in the UK recently after first opening on Broadway in 2010 for a limited season. Since then the show has done a series North American tours and returned to Broadway. The Stateside buzz has left UK fans of the movie desperate for the show to transfer to the West End and after a few years of patience, it’s finally happened. Elf The Musical recently opened at the Dominion Theatre in London and will run into early January 2016 ensuring that families have plenty of Christmas cheer between now and then.

Elf The Musical is for the most part very faithful to the source material. The show follows the story of Buddy the Elf (Ben Forster), a man who crawled into Santa’s (Mark McKerracher) sack by accident as a baby and was brought up in the North Pole by the elves. His life is thrown into chaos when he accidentally discovers that he’s not really an elf and he sets off on a journey to New York to find his real father Walter Hobbs (Joe McGann). His arrival isn’t warmly received by Walter and his family, so Buddy takes a job in the Christmas section of a department store where he meets quirky shop assistant Jovie (Kimberley Walsh) who doesn’t like Christmas. As Buddy tries to connect with his family and pluck up the courage to ask Jovie out, he manages to get himself into lots of trouble along the way.

At almost two and a half hours long, Elf The Musical certainly doesn’t skimp when it comes to set pieces and songs. Fans of the movie will likely recall most of the plot developments but the story has been slightly adapted for the stage. Walter’s son Michael (played by four different children throughout the run – Harry Collett, Noah Key, Ilan Galkoff and Ewan Rutherford) gets his own subplot that sees him losing his belief in Santa. The production is full of great songs from the catch Sparklejollytwinklejingley through to the emotive I’ll Believe in You. The songs fit naturally with the flow of the story and don’t feel forced.

Special mention should go to Tim Goodchild who was responsible for the production design. The show features a nice mix of detailed sets and the use of video screens to really showcase the scale of the show. There’s also a wonderful moment at the end of the production (that we won’t spoil) that left us full of the joys of Christmas with a smile on our faces.

There are a few things that could benefit Elf The Musical to make it an even more satisfying show. The pace, particularly in the first half, lags in places and struggles to keep up momentum. The second half rectifies those issues but there are some scenes that could definitely be shortened or omitted. Kimberley Walsh’s Jovie feels under-used too. She brings a refreshing calm to the production but sadly is seen on stage for less than half of the running time. We would have liked to see a bigger part for that character, especially as she is so pivotal in the movie.

The performances across the board are really impressive. Ben Forster is fantastic as Buddy bringing plenty of enthusiasm and gusto to the role. We were so relieved to see he’s put his own spin on the character and isn’t just trying to do a Will Ferrell impression. Vocally he sounds magnificent too with the songs stretching his range and showcasing his strengths. Kimberley Walsh can add Elf The Musical as another triumph to her West End credits. She surprises with her nuanced performance and shines brightly on her solo number Never Fall in Love (with an Elf). Elsewhere in the cast Joe McGann convinces as career-obsessed Walter Hobbs with Jessica Martin providing great chemistry (and vocals) as his wife Emily. Jennie Dale steals every scene she’s in as Walter’s secretary Deb and one of the biggest laughs of the show involved her and a ‘chocolate monster’.

Elf The Musical is a fun production for the whole family this Christmas. It’s a fantastic homage to the classic Christmas film and definitely captures the spirit of Christmas. With a strong cast, memorable songs and plenty of spectacular visuals, Elf The Musical is sure to be a huge hit this festive season. We wouldn’t be surprised if it made a repeat appearance over the years around Christmas for a long time to come. Catch it while you can and we assure you that you won’t regret it.