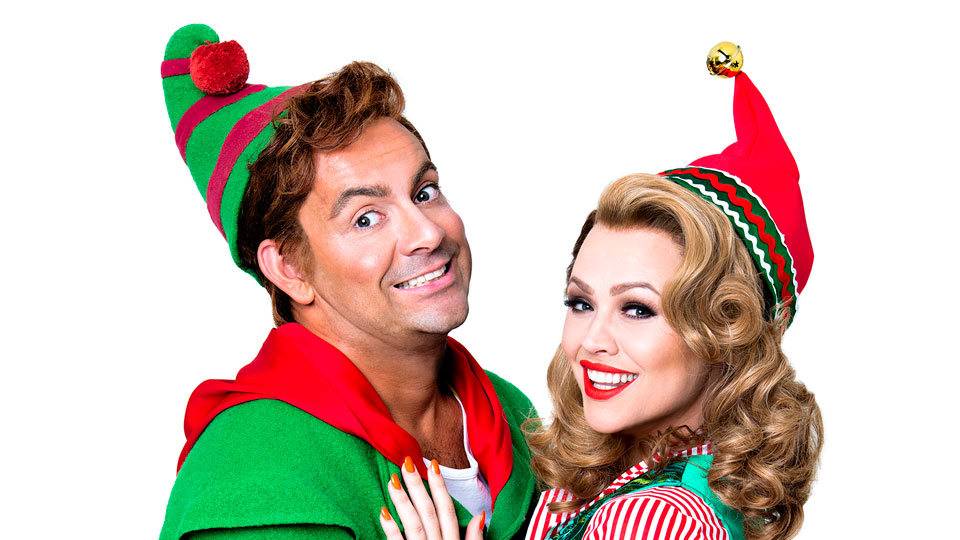 Michael Rose and U-Live, the producers of ELF the musical, will be donating all ticket sales at the Gala Opening Night at the Dominion Theatre on Thursday 5th November to Alzheimer’s Society. The London premiere of Elf will star Ben Forster, Kimberley Walsh, Joe McGann and Jessica Martin and will play a strictly limited 10-week season at the Dominion Theatre from 24th October 2015 to 2nd January 2016.

Alzheimer’s Society is the UK’s leading dementia support and research charity, here for anyone affected by any form of dementia in England, Wales and Northern Ireland. Alzheimer’s Society provides information and practical and emotional support to help people live well with dementia, and the charity invests in world-class research with the ultimate goal of defeating it. Dementia can happen to anyone and there is currently no cure. There are 850,000 people with dementia in the UK and the number is set to rise to 1,000,000 by 2021.

Jon Bodenham, Director of Fundraising at Alzheimer’s Society, said: “We are delighted that ELF the musical has chosen to partner with Alzheimer’s Society for a special fundraising evening. We hope that those who attend enjoy a wonderful evening of entertainment, whilst in the knowledge that the money they have spent on tickets will be used to help support the 850,000 people living with dementia and continue vital research. For people living with dementia, singing is a very powerful tool. When memories are hard to retrieve, music can be easier to recall. Alzheimer’s Society Singing for the Brain service, which is delivered nationwide, helps to boost confidence, self-esteem and quality of life by involving people with dementia and their carers.”

Producer Michael Rose said: “We are all so proud and delighted to be able to support such a worthy organisation, whose work is paramount to those affected by this devastating condition, and myself, our co-producers at U-Live and the entire ELF company hope the gala opening on November 5th at London’s Dominion Theatre will be an even more memorable and special event because of the money and awareness raised.”

Michael Rose and U-Live in association with the Bord Gais Energy Theatre, Dublin present the Theatre Royal Plymouth production of Elf at the Dominion Theatre, London.

Advertisement. Scroll to continue reading.
In this article:Dominion Theatre, Elf The Musical