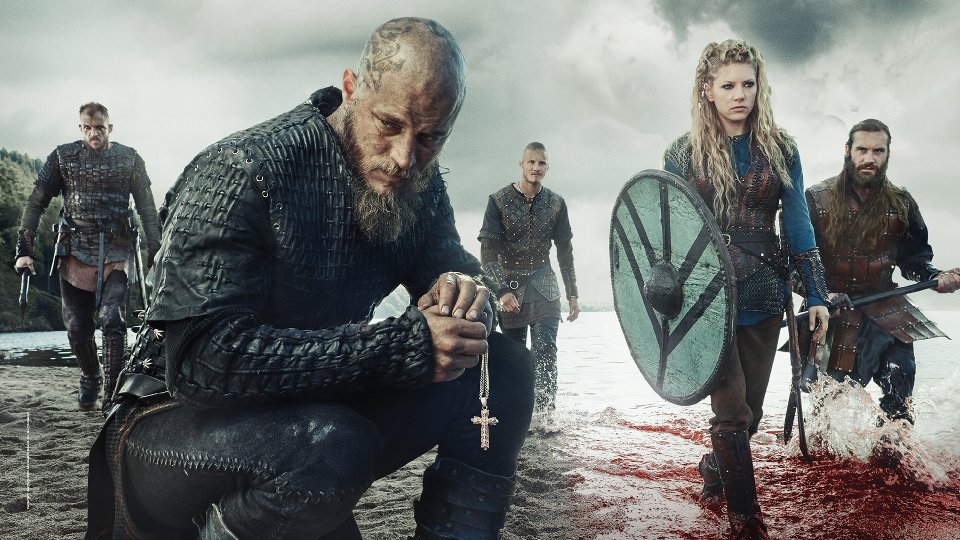 Metro-Goldwyn-Mayer (MGM) and Twentieth Century Fox Home Entertainment return for another bloody, high-octane season of the top-rated dramatic series Vikings. The hit drama, created and written by Michael Hirst (The Tudors, Elizabeth), arrives on Blu-ray™ and DVD on 2nd November.

Prepare to raid and wage battle once again, in an ancient kingdom dominated by vengeance, lust and thrilling conquest, in Vikings: The Complete Third Season. The gripping family saga of Ragnar, Rollo, Lagertha and Bjorn continues as loyalties are questioned and bonds of blood are tested. Now king of his people, Ragnar remains a restless wanderer, leading his band of Norse warriors on epic adventures from the shores of Essex to the mythical city of Paris. But stunning betrayals and hidden dangers will test Ragnar’s courage and strength like never before. The Season Three Blu-ray™ and DVD include nearly two hours of extra content sure to please the most die-hard fans of the series.

Vikings stars Travis Fimmel (The Baytown Outlaws, Warcraft) as leader Ragnar, alongside Clive Standen (Hammer of the Gods) as his brother Rollo, Gustaf Skarsgård (The Way Back) as boat builder Floki, Katheryn Winnick (Bones) as shield-maiden and Ragnar’s ex-wife Lagertha, George Blagden (Wrath of the Titans) as the naive and pious Athelstan, Jessalyn Gilsig (Heroes) as enigmatic widow Siggy and Alexander Ludwig (The Hunger Games) as Ragnar’s son, Bjorn.

Swear a blood oath and experience a truly authentic, addictive historical saga, as Vikings: The Complete Third Season comes to Blu-ray and DVD on 2nd November. Own The Complete Season 1-3 Box Set on DVD on the same date.

To celebrate the release we’ve got 3 copies to give away. Enter using the widget below:

1. The competition is open to all UK residents over the age of 18.
2. Winners will be selected at random.
3. By entering into the competition all entrants agree to be bound by the terms and conditions.
4. All information provided by the entrant must be accurate and proof of age may be requested.
5. Entertainment Focus reserves the right to change or withdraw this competition without notice.
6. Entertainment Focus will not pass your details to any third parties and will be used solely for communication regarding this competition.
7. Winners will be notified via email or phone (or where applicable) social media (depending on the type of competition).
8. In the unlikely event the prize style has discontinued a similar model to the same value will be provided.
9. There is no cash or other alternative to the prize stated and the prize is not transferable. No part or parts of the prize may be substituted for other benefits, items or additions.
10. Entertainment Focus’ decision is final – no correspondence will be entered into.