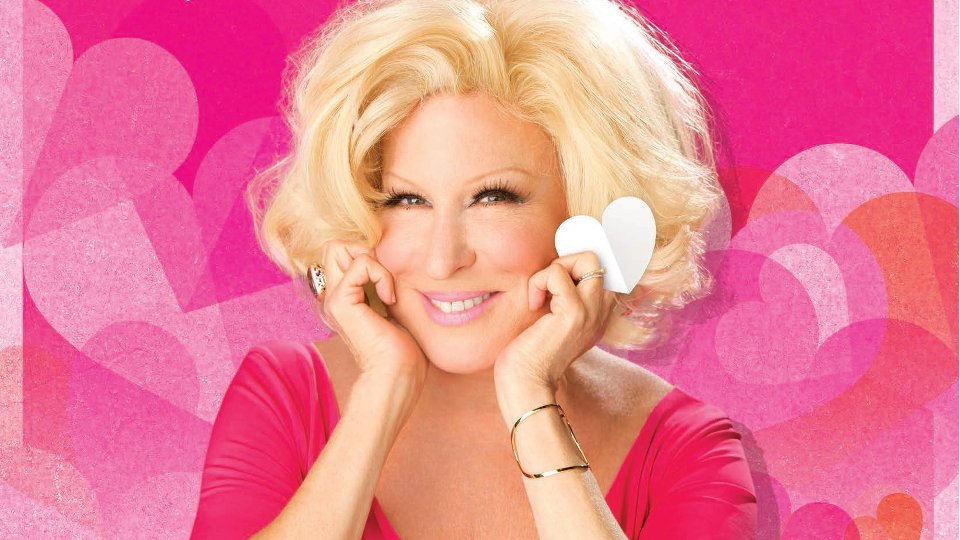 Bette Midler will release a collection of 18 of her best love songs, A Gift of Love, on 4th December 2015.

Since the release of her debut album The Divine Miss M in 1972, Bette has become known for her powerful voice. She has sold over 30 million albums worldwide and is only the second female singer to score a Top 10 album in five consecutive decades.

This new collection spotlights a number of incredibly poignant tracks, like her cover of Marshall Crenshaw’s My Favorite Waste Of Time from ‘No Frills’ (1983); Every Road Leads Back To You from the soundtrack to her film ‘For the Boys’ (1991); Shining Star from ‘Bette’ (2000); plus five tracks from her platinum release ‘Bette of Roses’ (1995), including It’s Too Late and As Dreams Go By.

The release also includes Bette’s biggest hits: The Rose from the 1979 film of the same name in which Midler starred; the #1 Grammy-winning smash Wind Beneath My Wings from another Midler film, ‘Beaches’; and From A Distance, from her double-platinum album ‘Some People’s Lives’ (1990).