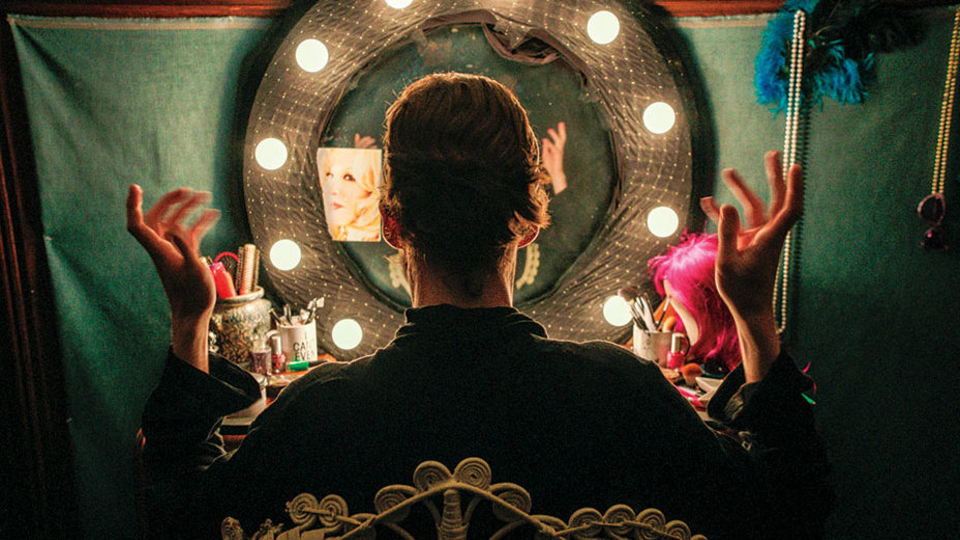 Based on the award-winning cult novel by James St James and rumoured to be in the same vein as Clueless and Napoleon Dynamite, Freak Show tells the moving, heart-breaking and hilarious story of Billy Bloom (Alex Lawther).

Billy is a boldly confident and eccentric teenager who faces intolerance and persecution at his ultra conservative high school, and decides to fight back on behalf of all the misunderstood freaks of the world.

Billy Bloom (Alex Lawther), once lived a fabulous life in Connecticut, with his equally fabulous mother, MUV (Bette Midler). But when he is suddenly shipped off to his father’s (Larry Pine) Southern mansion, he finds himself a fish out of water.

With his closet of extravagant and flamboyant attire, Billy is completely different from the cheerleaders, bible belles and beefy quarterbacks at his new high school. Yet despite the well-meant advice of his father and his housekeeper Florence (Celia Weston) that he should just throw on some blue jeans, Billy is determined to be himself – even if that does mean wearing face glitter to school.

A rising British star, Alex Lawther won the London Film Critics’ Circle Award for “Young British Performer of the Year” for his role as the young Alan Turing in the Oscar-Winning film The Imitation Game (2014). Most recently, he was seen in Charlie Brooker’s Black Mirror (2016), alongside Domnall Gleeson in Goodbye Christopher Robin (2017), and is currently the lead on the wildly popular Netflix Original show The End of the F***ing World (2017).

Trudie Styler is an actress, film producer and director. She is married to music legend Sting. In 2011, she formed Maven Pictures with Celine Rattray. The company’s production credits include the award-winning Filth (2013) and Still Alice (2014); American Honey (2016) which won the Jury Prize at Cannes Film Festival; and The Kindergarten Teacher (2018), which won the Directing Award for Sara Colangelo at Sundance 2018.

Freak Show is her feature directorial debut, premiering at the Berlin International Film Festival and receiving its UK premiere at BFI Flare earlier this year.