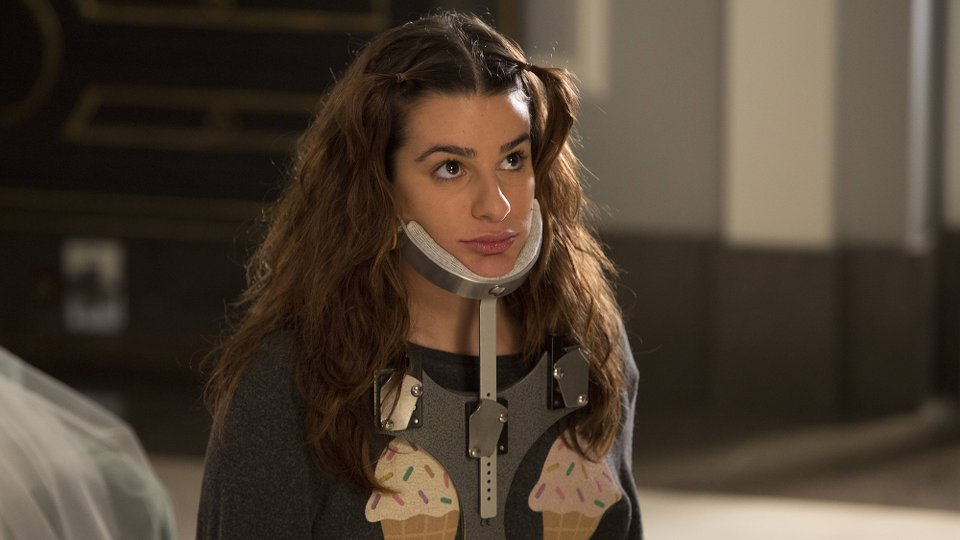 Scream Queens wasted absolutely no time when it came to killing off its cast of young beautiful campus characters.

The first episode of the season aired in the UK last night and Chanel #2 (Ariana Grande), Deaf Taylor Swift (Whitney Meyer) and Ms. Bean (Jan Hoag) all fell victim to the Red Devil. As stroppy spoilt Kappa Kappa Tau Chanel Oberlin (Emma Roberts) was forced to take in new pledges by Dean Munsch (Jamie Lee Curtis), the girls were terrorised by someone in a Red Devil costume.

Only one episode in and the murderer could literally be anyone? It also seems that Kappa Kappa Tau has plenty of secrets and new pledge Grace (Skyler Samuels) seems determined to uncover them all.

The next episode of the season is Hell Week. As Chanel hazes the pledges, the murders continue. Grace persists with her investigation and learns about a dark secret from Kappa House’s past.