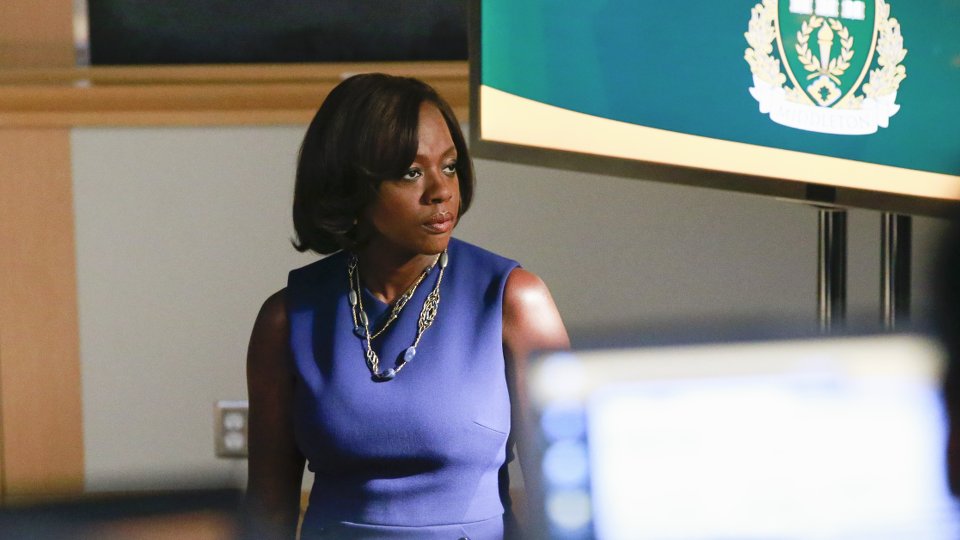 How To Get Away With Murder returns to UK screens next week as it kicks off its second season, which promises to be even more twisty and jaw-dropping than ever.

The first season finale saw Annalise (Viola Davis) and Frank (Charlie Weber) discover Rebecca’s (Katie Findlay) body in her basement. Wes (Alfred Enoch), Michaela (Aja Naomi King), Laurel (Karla Souza) and Connor (Jack Falahee) thought that Rebecca had managed to escape after they tied her up to interrogate her in a bid to get to the truth about Lila’s (Megan West) murder.

What they didn’t know is that it wasn’t Sam (Tom Verica) or Rebecca that killed Lila, it was actually Frank! How long before the truth finally comes out?

The new season kicks off with It’s Time to Move On. Rebecca’s killer is revealed, much to Annalise’s shock. Feeling nostalgic, she takes her students dancing, before an explosive ending to the episode.