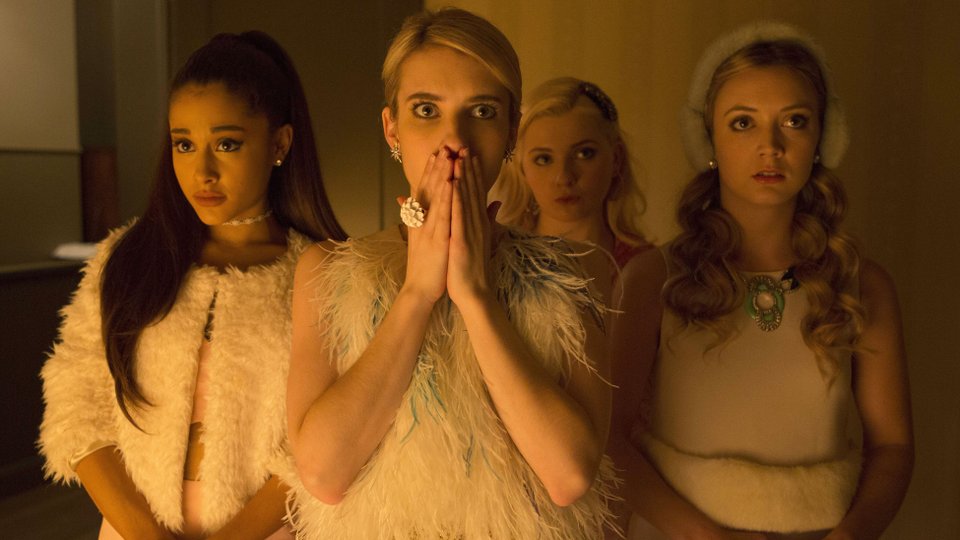 The horror comedy boasts an all-star cast that includes Jamie Lee Curtis, Emma Roberts, Lea Michele, Keke Palmer, Nick Jonas, Diego Boneta, Ariana Grande, Abigail Breslin and Oliver Hudson. The buzz coming from the US about the show is pretty loud thanks to its mix of witty post-modern humour and genuine scares.

The first episode of the season is the Pilot. The members of a university sorority house ruled by a silver-spooned elite face the wrath of a killer disguised as a devil.

Scream Queens will be airing several weeks after it premiered in the US and is a must-watch addition to your DVR over the next 13 weeks.