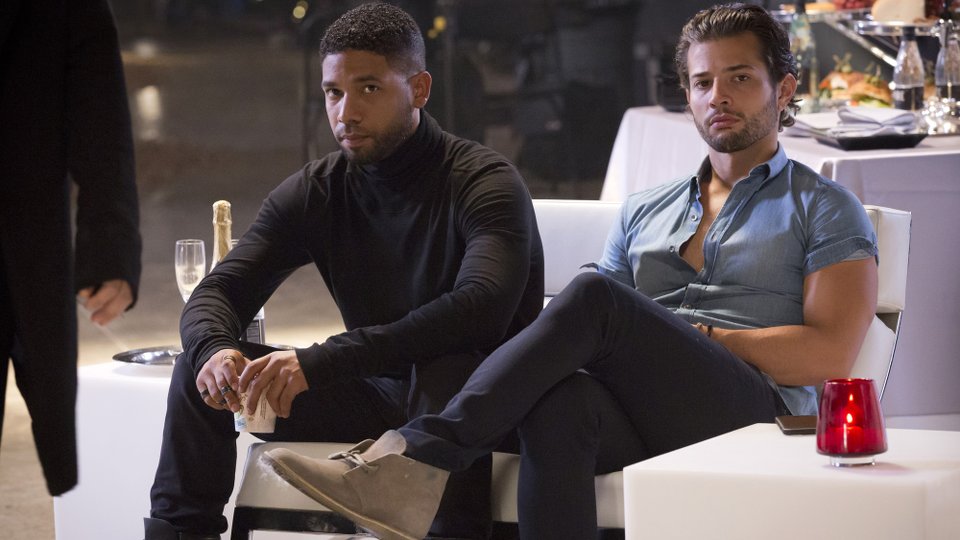 The war between Empire and Lyon Dynasty stepped up to a whole new level during the latest episode of Empire.

With Lucious (Terrence Howard) now out of prison, he was back to pulling the strings at Empire using Jamal (Jussie Smollett) as his puppet. Angry that Jamal still hadn’t convinced Hakeem (Bryshere Y. Gray) to come back to the label, Lucious pulled an evil move when he stole the lead singer of his son’s upcoming girl group and signed her to his label.

Elsewhere in the episode Anika (Grace Gealey) tried to get in Cookie’s (Taraji P. Henson) good graces, Cookie interrupted Lucious’ welcome home party to promote Lyon Dynasty, and Andre (Trai Byers) used the news of his unborn baby to try and push his way back into Empire.

The next episode of the season is Poor Yorick. Still split into warring factions, the Lyons decide to shoot a music video capitalising on Hakeem and Jamal’s duet from Hakeem’s leaked album.