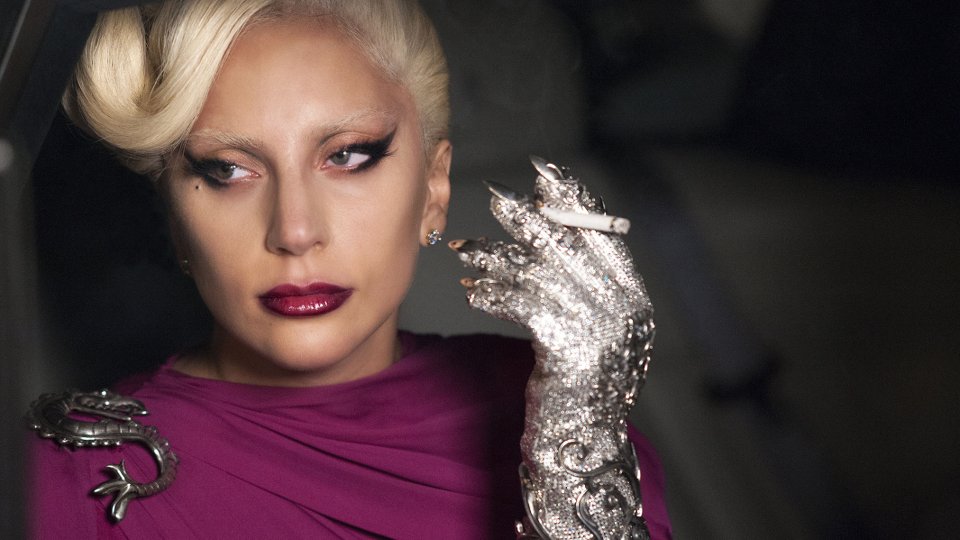 American Horror Story: Hotel arrived in the UK last night and quite honestly we don’t know where to start!

The season opener packed in so much crazy, twisted and scary stuff that it requires repeat viewings just to take it all in. The episode opened with two young female tourists checking into the Hotel Cortez only to be subjected to a creature in their bed, child vampires and being tortured by receptionist Iris (Kathy Bates).

Meanwhile Donovan has shacked up with the Countess (Lady Gaga) and the two lead a murderous vampire lifestyle. They also met with fashion mogul Will Drake (Cheyenne Jackson) who is interested in buying the hotel.

As if all that wasn’t enough we were also introduced to Det. John Lowe (Wes Bentley) who was on the trail of the Ten Commandments killer and checked himself into the Hotel Cortez after seeing his missing son in the corridors.

The next episode of the season is Chutes and Ladders. Fashion mogul Will Drake brings couture to the Hotel Cortez. A model catches The Countess’s eye. John learns about the hotel’s sadistic first owner.