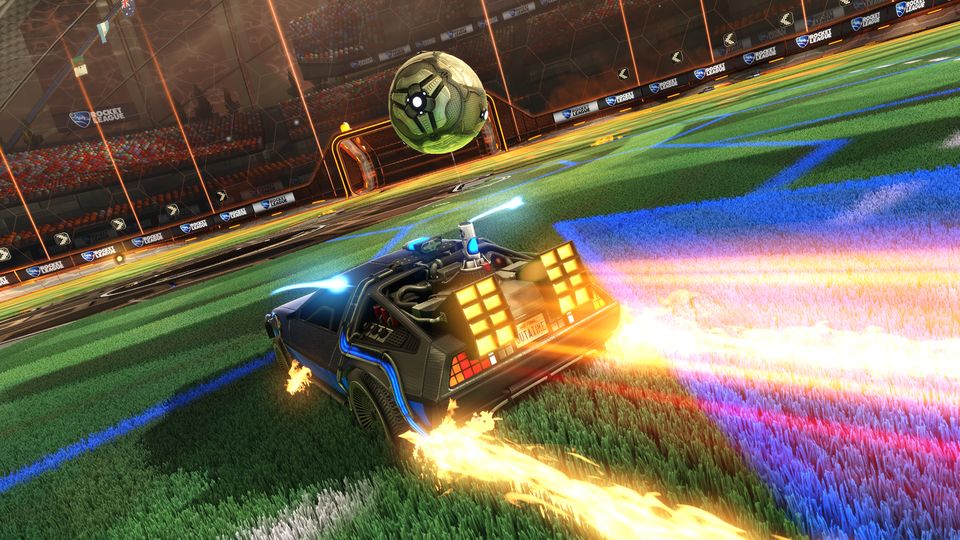 A new DLC pack for Rocket League has been announced and it’s one that Back to the Future fans will find impossible to resist.

Starting October 21st 2015 — the same day that Marty McFly travelled to in Back to the Future, Part II — The world-famous DeLorean Time Machine will officially appear as a playable Battle-Car in Rocket League on Steam and PlayStation 4.

The developers have worked had to do more than just make the car look like the film’s DeLorean. It also features its signature ‘Burnt Rubber’ rocket trail and the wheels even fold under when the car takes to the air.

Before the Back to the Future Car Pack releases Rocket League fans can also grab two other DLC packs. Releasing today (Oct. 13th) is the Revenge of the Battle-Cars DLC Pack and at the end of the week (Oct. 18th) is a Halloween DLC pack.

For more information check out the official Rocket League website.

In this article:Back to the Future, BTTF, DeLorean, DLC, Psyonix, Rocket League