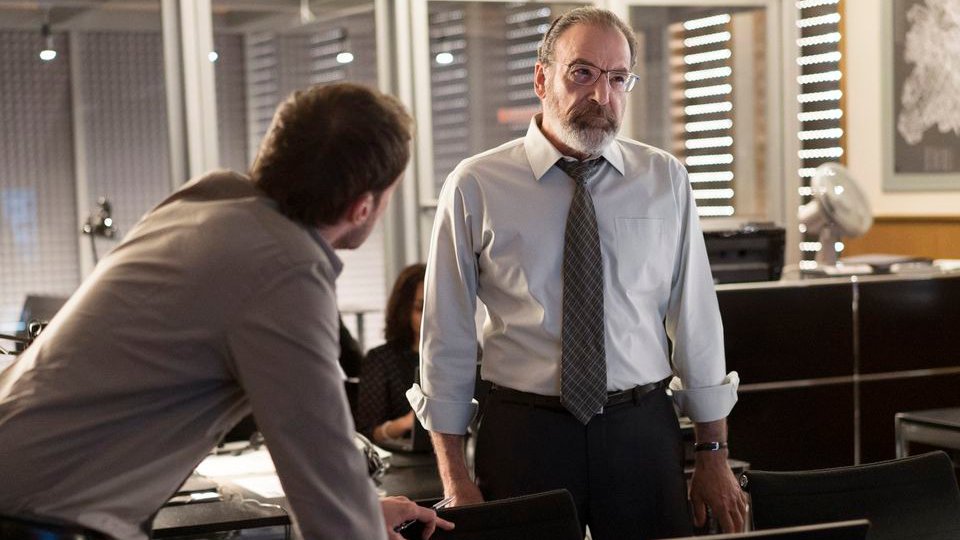 Homeland returned for a fifth season tonight and it got off to a really interesting start.

The episode was a typical Homeland season opener, a bit slow but a lot going on. It’s main task was to set the scene and kick off the events that will shape the rest of the Season. It was particularly impressive the way the show is able to take current real-world events such as Syria, the threat of ISIS and the refugee crisis and fit the show around them.

Two years have passed and Carrie has left not just the CIA but also the US. She’s now living with her daughter and new boyfriend, Jonas (Alexander Fehling) in Berlin. She seems pretty settled with the family life and much more comfortable with looking after her daughter. She also has a new job running security for a German philanthropist.

It may be all change for Carrie but it’s business as usual for everyone else. A hacker stumbles upon classified CIA documents that detail a secret relationship between Germany and the CIA. The German privacy laws don’t allow them to spy on their own people so they have enlisted the US to do it for them.

One of the documents makes it into the hands of Carrie’s colleague Laura Sutton (Sarah Sokolovic) who wants Carrie to get the CIA to verify the document so she can leak it. Carrie refuses which shows she still respects the CIA. As soon as the data breach is discovered Saul Berenson (Mandy Patinkin) and Quinn (Rupert Friend) appear in Germany.

Carrie is tasked by her boss with getting him safely to a refugee camp in Lebanon to bring money and aid to the refugees. She says it’s almost impossible but he hopes she can make it safer through her old CIA contacts. Carrie visits the CIA to talk with Allison (Miranda Otta) for advice but Allison refuses to help unless Carrie dishes the dirt on her boss.

As Carrie goes to leave she bumps into Saul and we find out that he’s really not impressed by her decisions. It turns out Carrie prevented Saul from getting the CIA Director’s job. He’s pissed that she left the CIA and the US and calls her naive and stupid.

Saul meets with Allison over the data breach and they then meet with the Germans. The Germans are very upset and decide to terminate their surveillance agreement with the US.

Carrie visits the local mosque to talk with the Imam. She appeals for him to get a message to the local Hezbollah commander to get her boss safe passage in Lebanon. Later Carrie is abducted and brought before the commander where she requests he sort them out an invite.

Meanwhile Quinn pays a visit to a local terrorist and blows him up with his own bomb making kit. It’s also revealed that Quinn is again working for Saul as an assassin. Saul puts names in a lockbox and Quinn seeks them out and kills them.

After being dropped back home Carrie takes a call during the night confirming their invitation by Hezbollah.

The next episode of the season is The Tradition of Hospitality. Carrie and Düring pay a visit to a refugee camp, Saul and Allison find themselves at odds, while Quinn stays on mission.

Tune in to Channel 4 at 9pm on Sundays to watch Homeland Season 5. Preview episode 2 with our gallery below: