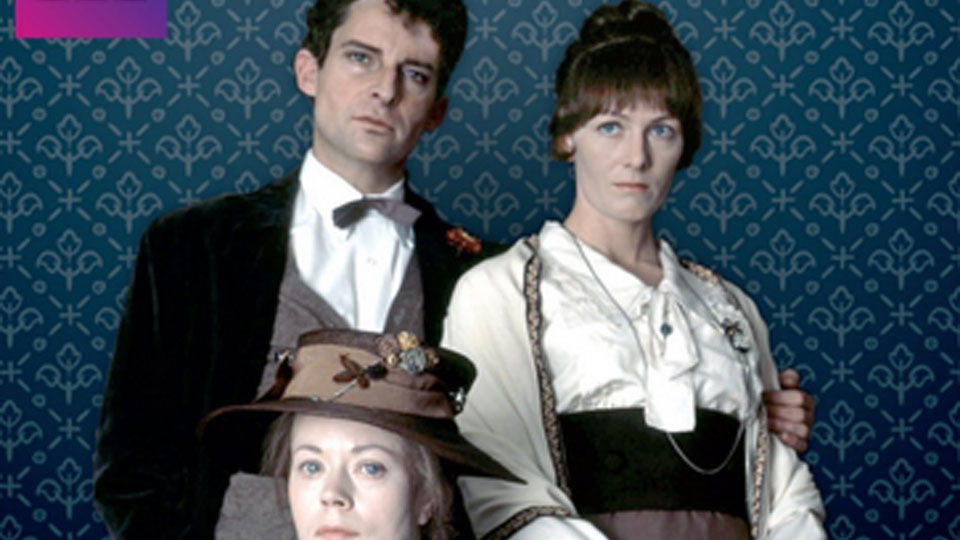 Vanessa Redgrave takes on the title role in this 1973 BBC production. The serial tells a loosely faithful account of the life of Katherine Mansfield, a prominent writer of the early Twentieth Century, which interweaves adaptations of her best-known short stories into a biographical narrative.

Starring alongside Redgrave as Katherine’s husband Murry is Jeremy Brett, the actor who would go on to become the definitive Sherlock Holmes the following decade. Annette Crosbie, whose distinguished career is probably most celebrated for her part as Victor Meldrew’s long-suffering wife in the situation comedy One Foot In The Grave, plays Katherine’s friend LM, whose love for Katherine, although not always treated kindly, never diminishes.

This is a stunning serial, and performed to perfection by the stellar cast. From Tom Eastwood’s sumptuous music to Robin Chapman’s literary scripts and some great performances by leading British actors, A Picture of Katherine Mansfield is a treat for the eyes and the brain. It is, of course, a product of its time, and it will feel ponderous and theatrical to audiences unused to television of the era. But it plays as if for the stage, with deliberately unfinished, stylised sets and no apology for the artifice of the drama. Director Alan Cooke, one of the BBC’s most lauded directors of the era, brings the stories to life with considerable flair and poignancy.

Admirers of Mansfield’s work may find the instalments on her life and loves a distraction from the adaptations of her stories. Similarly, those who enjoy the developing and ever-changing relationship between Mansfield and Murry may find the stories an imposition. That’s to look at it the wrong way, as the stories tell us more about the writer’s personality, and why she focusses on recurring subjects such as childhood innocence, the forced etiquette of social events, and infidelity. This is a series that examines a writer’s mind, where the work and the person can never truly be divorced from one another.

The short story adaptations have the advantage of widening the extraordinary cast of characters, with small but memorable roles for some big names. Thus Michael Gambon and Ralph Bates have an episode each, playing unhappily married husbands. Geoffrey Burridge and Karen Dotrice play an innocent young couple who fall in love on a train in the same episode that Lucy Fleming plays a young woman trapped at a table with rude and overbearing Germans. There are recurring roles for Phyllida Law and Bruce Purchase, who are especially memorable in the opening episode as an insensitive rich couple holding a garden party whilst a working class neighbour’s house is in grief for a sudden death in the family.

The greatest performances are by Redgrave and Brett – two of the finest actors of their generation – who have all six episodes to develop the relationship between Mansfield and Murry. The timeline is non-linear, with an academic Brett recalling his life with Mansfield in a series of lectures, interwoven with scenes from his younger years during their early courtship, in which his performance is markedly different: more energetic and optimistic. Redgrave too adjusts her performance as the series develops, turning from a strong-willed woman but one who dotes on her husband, to a writer who faces a decline in health and a loss of affection. Together, Redgrave and Brett are magical to watch.

A Picture of Katherine Mansfield also deserves credit for not skirting over the issue of sexuality, especially amongst the English literary circle of the early Twentieth Century. Crosbie’s character’s devotion to Mansfield is explicitly partially attributed to sexual  infatuation, whilst both Mansfield and Murry are given opportunities to be drawn to members of the same sex. Michael Williams plays DH Lawrence in two of the episodes, and takes an opportunity to throw himself at an uncertain Murry. The overall impression is that the lives recreated in the series have been romanticised, but not distorted or presented untruthfully.

The DVD release contains two discs with all six episodes. There are no special features. The serial, as with most BBC dramas of the time, was shot on tape in the studio and on 16mm film on location, where the two mediums are used together. The picture quality is fair but not great, with some distortion and, where the filmed segments are concerned, loss of definition owing to the age of the material and the expense of digital restoration. However, any opportunity to see this excellent serial is well worth taking.