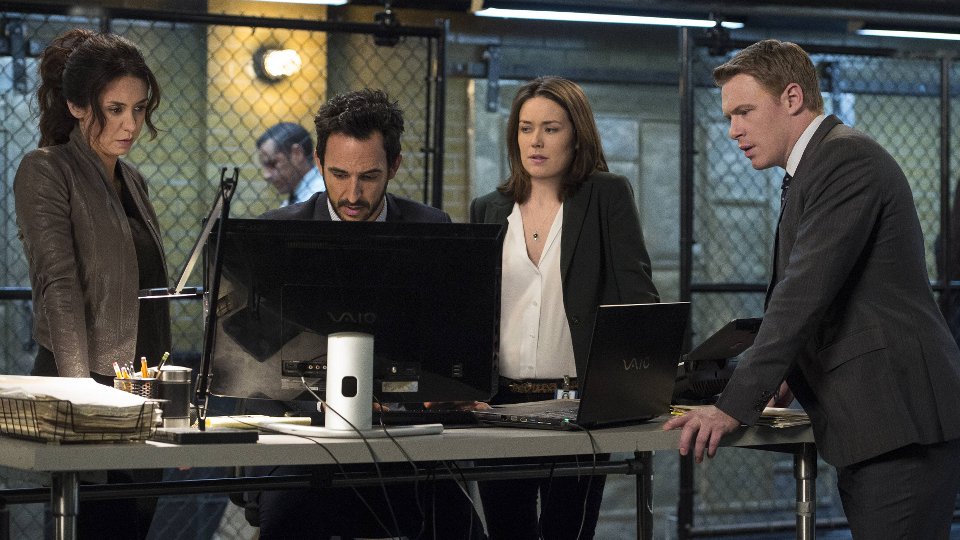 The Blacklist was one of the breakout shows of the season when it debuted in 2013. Starring James Spader as the mysterious Raymond ‘Red’ Reddington, a wanted criminal who turned himself into the FBI to help them catch criminals on their blacklist. At the end of the show’s first season Liz (Megan Boone) narrowly escaped Berlin’s (Peter Stormare) cluthes and her double-crossing husband Tom Keen (Ryan Eggold) was seemingly killed. In the final moments of the season Red told Liz that her father was definitely dead before revealing burn scars on his back whilst undressing alone.

The second season of the hit crime series has arrived on Blu-ray and DVD, and it promises to deliver some (not all) of the answers that fans have been waiting for since the show began. How are Red and Liz connected? Is Tom dead? What did Red have to do with the fire that allegedly killed Liz’s father? We don’t want to give too much away but all of these burning questions progress in the show’s impressive second season, which manages to keep up the pace and tone of the first season.

The season opens with Lord Baltimore as Red continues his battle with Berlin. The episode reveals more about Red’s past and introduces a character we’ve not seen before but that is pivotal to the first part of the season. Liz meanwhile is trying to annul her marriage to Tom following his apparent death after discovering that he was a covert agent. As with the first season of the show each episode focuses on taking down a different person on the blacklist with the story of Liz and Red’s complicated relationship progressing alongside them.

The Blacklist: The Complete Second Season is every bit as satisfying, if not more so, than the show’s first season. In season two The Blacklist really finds its feet and it sets things up very nicely for a stellar season 3. At the heart of the show will always be Red and Liz, and the way their relationship changes during the season is one of the things that makes it so good. James Spader continues to be the star but his chemistry with Megan Boone is the big draw. They play off one another nicely and it’s nice to see Boone getting the chance to flesh out her character and travel to some darker places.

One of the finest episodes of the season is the chilling The Deer Hunter where Liz, Red and the team try to track down a killer that has been on the loose for 12 years. The episode is one of the most nail-biting of the season and it’s actually pretty horrific in places too. It pushes the show outside of its comfort zone and we wouldn’t be averse to seeing the show get a little darker in the next season.

Extras on the 5-disc DVD boxset include a featurette on Red (Raymond Reddington: Man of the World) and a second featurette focusing on blacklister Vanessa Cruz (Building a Blacklister: Vanessa Cruz).

The Blacklist: The Complete Second Season is a real thrill-ride of a season. There isn’t one filler episode in the lot and the tension really builds over the course of the 22 episodes. There are plenty of surprises along the way and the season finale Tom Connolly is one of the finest episodes of the show to date. We’re pleased to see much more of Aram (Amir Arison) this season now he’s a regular and he continues to steal the best lines. If gripping crime drama is your thing then you need to add this boxset to your collection asap.