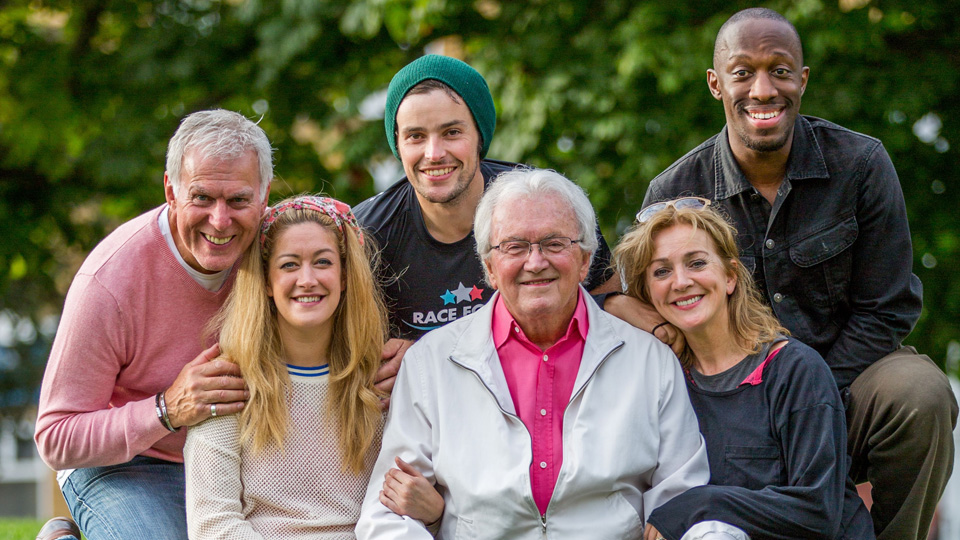 On the eve of his new musical, Pure Imagination: The Songs of Leslie Bricusse at St James Theatre, the prolific British composer Leslie Bircusse has revealed he’s working on a major new musical about the life of his close friend, legendary entertainer, Sammy Davis Jr. Sammy Davis Jr had hits with many of Leslie’s songs, including What Kind of Fool Am I and Candy Man.

“He was a lifelong friend and I wanted his story told properly,” Leslie reveals in The London Weekly News today. “It’s called Sammy and the man I want to play him is in Pure Imagination. He’s Giles Terera and he even looks like Sammy. He played Sammy in The Rat Pack Live from Las Vegas and he’s absolutely marvellous.”

Leslie also spoke about his extraordinary relationship with Sammy Davis Jr. to London Live TV News, who asked if he has a favourite among all the famous artists he’d written hits for. “I would have say Sammy Davis Jr. We spent most of the1960s being recorded by Sammy. He recorded over 60 of my songs. One man. And he was very fond of Tony (Anthony) Newley my first writing partner and we became great friends. At one point he recorded almost everything we wrote. It was just like the relationship between Frank Sinatra and Sammy Khan & Jimmy Van Heusen and Liza Minnelli and Kander & Ebb. Those singer/songwriter relationships become friendships and you grown together.”