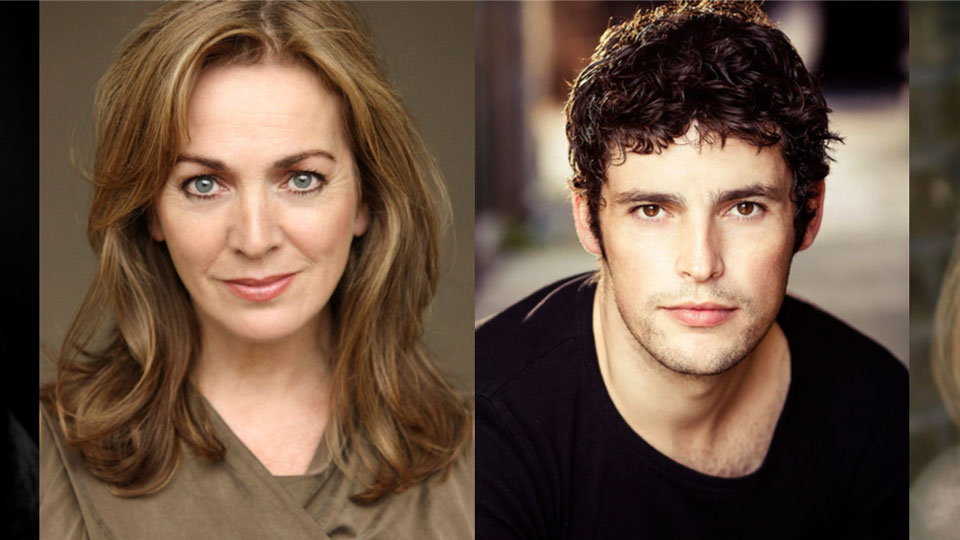 Final casting has been announced for the World Première of Pure Imagination, which celebrates the songs of Leslie Bricusse, one of the most prolific and well-loved film and musical theatre songwriters of our time.

Dave Willetts, Siobhan McCarthy, Niall Sheehy, Julie Atherton and Giles Terera will star in Pure Imagination, produced by Danielle Tarento and directed by Tony nominated Christopher Renshaw (Taboo, The King & I, We Will Rock You). It will première in the main house at St. James Theatre, in a 4-week season from Thursday 24th September to Saturday 17th October.

Dave Willetts (The Man) has been one of this country’s leading musical theatre stars for 25 years. He was the first person to play the leading roles in the two most successful shows of recent times, Les Misérables (London and Australia) and The Phantom of the Opera (London and Manchester) for which he won the Manchester Evening News Award for Best Performance. His other leading roles include Old Deuteronomy in Cats (London); Jesus in Jesus Christ Superstar (London and Europe); Father in Ragtime (London); Adam Pontipee in Seven Brides for Seven Brothers (National Tour and London); Sweeney Todd in Sweeney Todd:The Demon Barber of Fleet Street (National Tour); George in Sunday in the Park with George (National Tour); Max Von Mayerling in Sunset Boulevard (London), for which he received an Olivier Award nomination; Sir George Dillingham in Aspects of Love (London) for which he received a Whatsonstage Award nomination.

Julie Atherton (The Girl) first starred in the West End in the lead role of Sophie in the West End production of Mamma Mia! Her other leading roles include: Serena Katz in the national tour of Fame and the Kolokolo Bird in the Stiles and Drewe musical Just So. In 2006, she played Kate Monster/Lucy the Slut in the West End premiere of Avenue Q (Noel Coward Theatre). More recently: Sister Mary Robert in the first UK tour of Sister Act the Musical; Therese Raquin (Finborough & Park Theatres); the world première of Shock Treatment, the musical sequel to The Rocky Horror Picture Show (King’s Head Theatre).

Whether writing alone or forming magical partnerships – including Anthony Newley, Henry Mancini, John Williams and John Barry – double Oscar and Grammy Award winner Leslie Bricusse’s music has touched us all. He has composed over 1,000 songs and written the book, music and/or lyrics for more than 40 musical films and plays over a 60-year career. This heartwarming and uplifting show features 50 of his songs, including such favourites as What Kind Of Fool Am I, If I Ruled The World, Talk To The Animals, Feeling Good, Goldfinger and many, many more.

Leslie Bricusse has been nominated for 10 Oscars, nine Grammys and four Tonys and won eight Ivor Novello Awards in an illustrious career. His composing started as a student at Cambridge, where he co-authored, directed and performed in his first two musical shows, Out of the Blue and Lady at the Wheel, both of which transferred to London’s West End. He spent the first year of his professional life writing another musical, The Boy on the Corner and the screenplay and score of his first motion picture, Charley Moon, which won him his first Ivor Novello Award. His later stage musicals include Stop the World – I Want to Get Off; The Roar of the Greasepaint – The Smell of the Crowd; Pickwick; Harvey; The Good Old Bad Old Days; Goodbye Mr Chips; Henry’s Wives; Scrooge; Sherlock Holmes; Jekyll and Hyde; Noah’s Ark; Sammy; Cyrano de Bergerac Kennedy; Victor/Victoria and It’s a Dog’s Life!

See www.stjamestheatre.co.uk for details and to book.