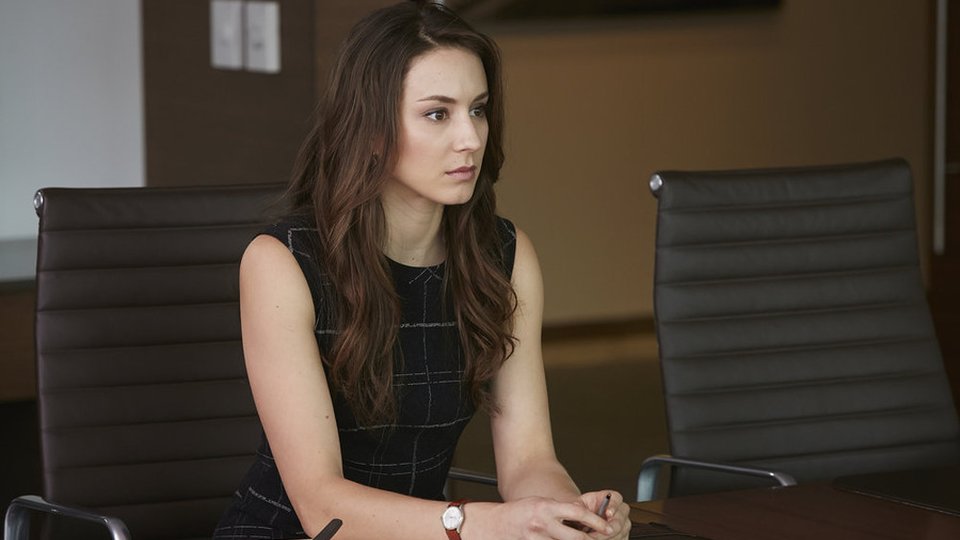 Esther (Amy Acker) tried to get Harvey to represent her again when her company was being sued. Harvey refused to take the case and told her to ask Louis instead, feeling bad that he’d already broken his promise to Louis. Esther and Louis butted heads but he came through for her in the end. After settling the case, Esther asked Harvey out but was rebuffed leaving her upset. Louis put two and two together and realised that Harvey had slept with Esther. The two men got into a fist fight with Harvey punched Louis and threw him onto a table.

Elsewhere in the episode Mike (Patrick J. Adams) was told to make peace with Jack (John Pyper-Ferguson). The two worked together on a case and Mike lied to Jack in order to win their case. Jack was so impressed he nominated Mike for a junior partner promotion, which Jessica (Gina Torres) told Mike he would have to decline. Also Daniel Hardman (David Costabile) was back and trying to get Jack to collude with him.

The next episode of the season is Mea Culpa. Jessica performs damage control following the Harvey-Louis incident; and Donna counsels the men on how to solve their issues. Mike, meanwhile, searches for a way to turn down his announced promotion without raising suspicion.