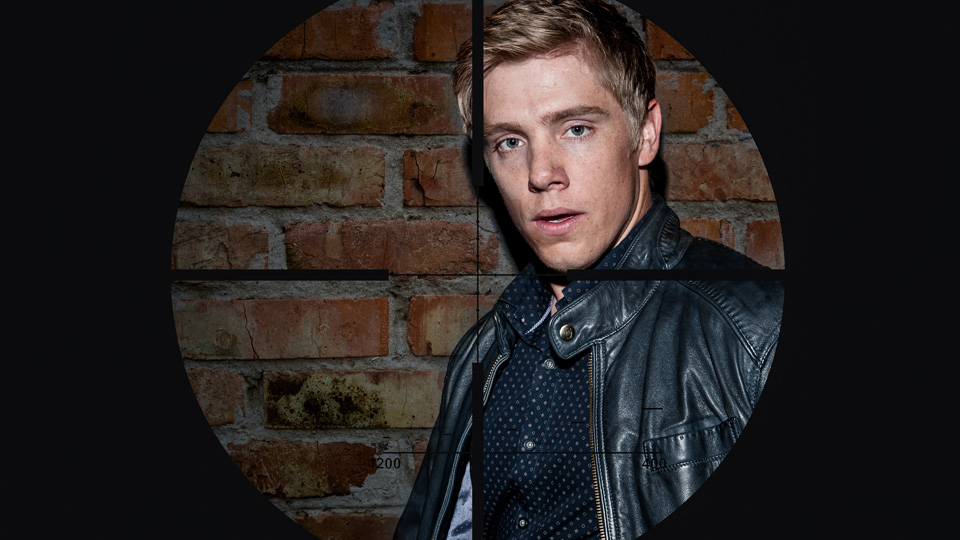 Welcome to our weekly look ahead to what’s in store for your favourite Emmerdale characters and this week Robert gets shot, but who pulled the trigger and why?

Andy puts two and two together about Katie

Victoria tries to talk to Robert about Aaron, leaving him desperate to get away.  Later, she learns that Robert s planning to leave the village and tells Andy that she wants to call Aaron and get him to help.  Andy recognises Aaron’s mobile number and all of a sudden the penny drops.

When Andy confronts Aaron, he panics and makes out that Katie called him because she was going to leave Andy, but he’s not buying it.  Andy then goes to see Robert and tells him what Aaron has said.  Robert is thrown when Andy asks if he had anything to do with Katie’s death.  Andy is convinced that Robert killed her and tries to ring the police but is shocked when Robert knocks the phone out of his hand and finally explains what happened the day Katie died.

Meanwhile, Aaron confesses to Paddy and a shocked Chas overhears and demands to know the truth.  She’s devastated to realise that Aaron was involved in covering up Katie’s death.  She’s even more shocked when Paddy tells her that Robert shot him a few week back and wants to go to the police.

Victoria is taken aback when the police arrive and arrest Robert on suspicion of murder.  At the police station, Robert lies that Andy made up the allegation because he’s never forgiven him for what happened years ago between him and Katie.

Chas confides in Cain about what Aaron and Robert have done and asks him to get rid of Robert, but he points out the consequences.  When she learns that he’s been let out of the police station she goes to see Chrissie to let her know.  Chrissie (who has a gun in her safe) tells Chas she needs to make everything right for the hurt Robert has caused.

Lawrence arrives home to the chaos and learns that Robert was behind the break in that left him in the stable months ago as Lachlan secretly listens in.  Lawrence goes to have it out with Robert and is even more shocked when a gloating Robert tells him that not only was he behind the break in, but he also set up the rent boy who recently accused Lawrence of assault.

Later, Andy launches himself at Robert, sickened by his manipulation and they are pulled apart by Aaron.  Chas warns Robert “you value your life, you leave tonight” and as he takes a step back a gun shot rings out and blood appears on Roberts chest as he collapses.

With no shortage of enemies, who shot Robert and will he live to point the finger?

Jimmy lands himself and Rodney in it

Jimmy is shocked when he has a visit from a guy named Marcus who is the nephew of Susie, the woman who died when Jimmy was standing in for Hunter (aka Rodney) as an escort.  Marcus is asking about his aunt’s missing jewellery, knowing a Rodney Blackstock was the one who sold it.  In a panic, Jimmy manages to drop the pair of them in it.  He’s shocked when Marcus threatens him, wanting the jewellery back by the end of the week.

Ross tries to get rid of his gun when Pete threatens to go to the police only for another villager to find the discarded weapon.

Priya tells David they’ve been refused planning permission leading David to think that it might be Eric’s doing.

Harriet comes clean to Ashley that she knows about the surprise party he’s planning for her.

Marlon persuades Paddy to go to a singles night with him.