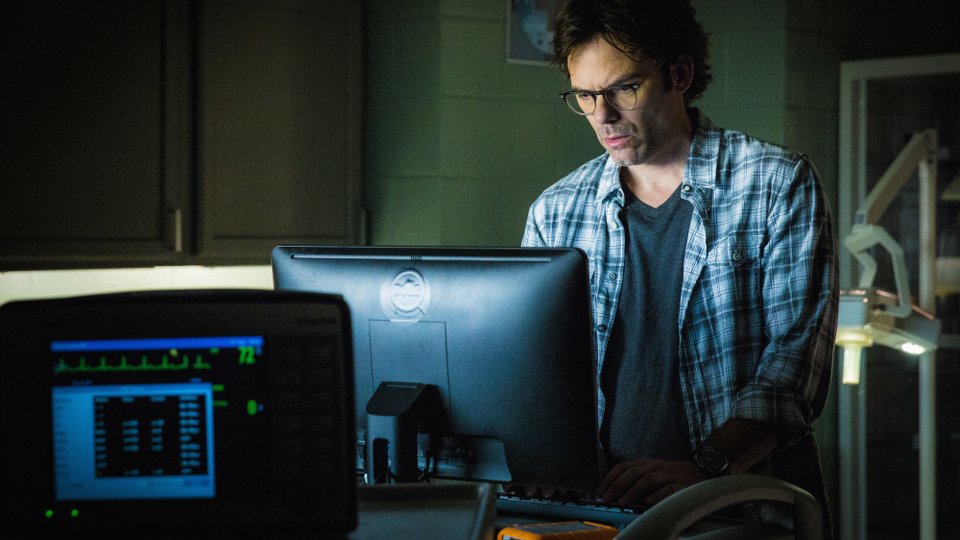 Jamie (Kristen Connolly) realised that she’d misplaced her trust in the latest episode of Zoo.

After teaming up with Shaffer (Geoff Stults), Jamie found that she was interested in being more than just his friend. She gave in to her emotions and the two kissed but it was soon revealed that he was working for Reiden. Shaffer stole the mother cell from Jamie but when Jackson (James Wolk) caught him a fight broke out and Jamie shot Shaffer dead.

Elsewhere in the episode Chloe (Nora Arnezeder) and Mitch (Billy Burke) were held hostage in Rio, the authorities tried (and failed) to kill the bats with poison, and Jackson noticed that Hartley (Marcus Hester) had the same widened pupils as the rogue animals.

The next episode of the season is Sleuths. The team heads to Paris to investigate a group of bears whose trackers have gone offline; Mitch makes a shocking new discovery about the Mother Cell; Chloe runs into her ex-fiancé.