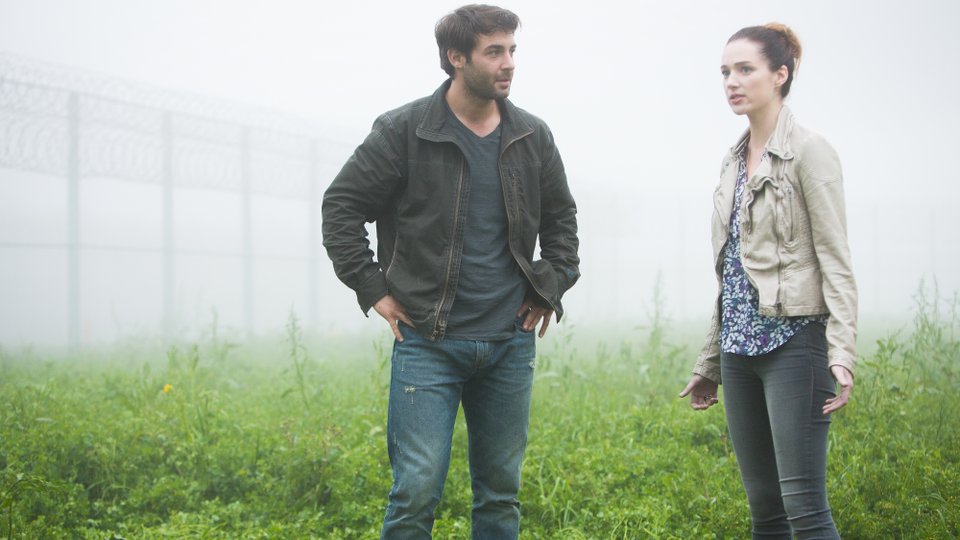 After flying to Japan to find his father’s research, Jackson and Abraham were left the only survivors of a plane crash following a mysterious bat attack. Jamie and Mitch traveled to New Orleans to show their evidence to the Senator only to find themselves turned away.

Gaspard (Henri Lubatti) asked Chloe for her help investigating strange animal behaviour and recruited Jackson and Abraham after rescuing them in Japan. Meanwhile a wolf attack resulted in a fire at a prison in Mississippi.

The next episode of the season is Pack Mentality. Jackson, Jamie, and Chloe travel to Mississippi to investigate the prison fire, while Abraham and Mitch go north to trap and study wolves.

Tune in to Sky 1 HD at 9pm to see the episode. Preview it with our gallery below: