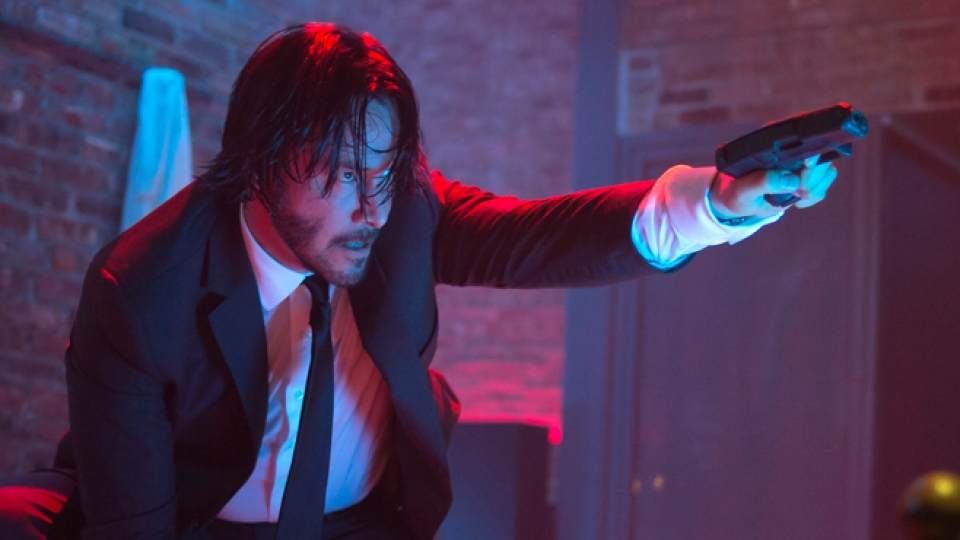 John Wick (Keanu Reeves) is a retired assassin who managed to get out of the game. After his wife dies from a terminal illness, he is given a puppy to look after but fate doesn’t grant him peace. After some gangsters break into his home, kill his dog and take his car, John decides to do what he does best… kill them all.

The ageless Keanu Reeves returns for this simple but utterly effective revenge thriller and is on truly magnetic form here. He is perfect as the quiet but dangerous Wick who has to return to a life and a world he thought he had left behind for good. This dynamic gives Reeves some of the best material he’s had in years. He doesn’t just excel at the action either, the film allows for some great dark comedy and nuances. This is where writer Derek Kolstad and director Chad Stahelski really gain the most success. They balance every element perfectly, with a special emphasis on the amazing action we see unfold.

The supporting cast are all excellent with Willem Dafoe, Michael Nyqvist and Dean Winters all brilliant. Alfie Allen plays a scumbag better than most and there’s great cameo work from John Leguizamo, Lance Reddick and a scene-stealing Ian McShane. Adrianne Palicki gives the film one of its best fight sequences too, as she tries to assassinate John Wick in his hotel room.

The action is stunning and really drives home the premise with stylish, smart and very effective set-pieces. These all compliment the narrative and help creative a hyper-reality for John to exist in. This, in turn, creates a cult classic which delivers action that feels old-school. Too many modern films rely on quick cuts and epilepsy-inducing breaks. John Wick lets you see all of the action unfold and by extension, creates a far more pleasing cinematic experience that fully engulfs your senses.

Full of adrenaline-soaked action and breathtaking spectacle, John Wick is everything you’d hope for in a modern action flick. It’s not weighed down by any kind of pretence but instead focuses on providing a driven, compelling story that keeps you constantly hooked. The best action film of the year so far, with bags of style and substance.