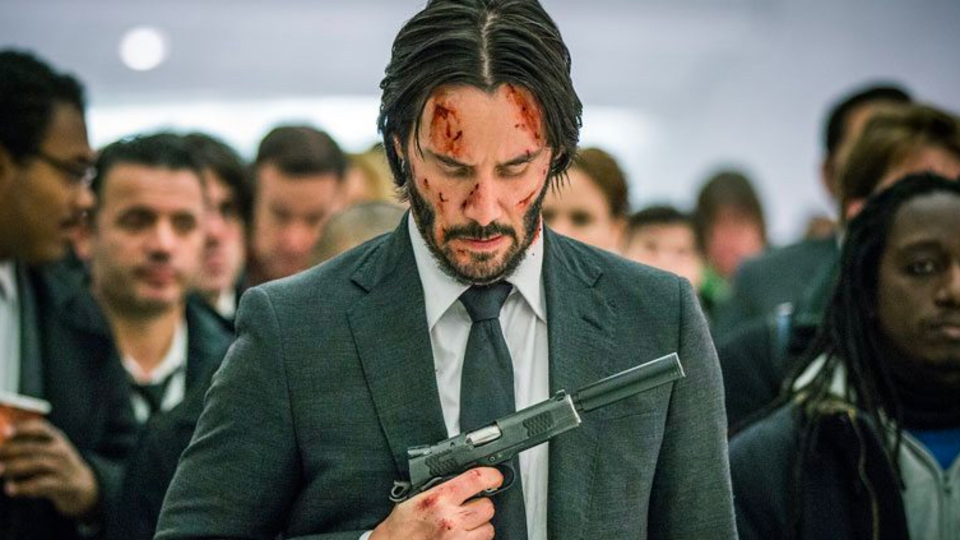 John Wick: Chapter 3 – Parabellum smashes into cinemas on 15th May and to celebrate, Lionsgate have just released a new clip from the film, in which our hero John Wick (Keanu Reeves) steps into a Taxi with his dog.

We are positively giddy with excitement for this movie and cannot wait to see what mayhem Keanu has in store for his opponents this time around.

In John Wick, he came back to his past life to seek revenge. In John Wick: Chapter 2, he was forced to repay a debt. And now, after grossing a combined total of nearly $300 million at the worldwide box office, The Boogeyman returns for his most sensational mission yet – to stay alive!

In this third instalment of the adrenaline-soaked action franchise, super-assassin John Wick returns with a $14 million price tag on his head and an army of bounty-hunting killers on his trail.

After killing a member of the shadowy international assassin’s guild, John Wick is excommunicado, with the world’s most ruthless hit men and women ready to get their bounty on him.

Halle Berry (Monster’s Ball, The X-Men franchise); Mark Dacascos (Brotherhood of the Wolf, Drive); Asia Kate Dillon (Orange Is the New Black, Billions); Jason Mantzoukas (The Dictator, The Lego Batman Movie); and Angelica Huston (The Royal Tenenbaums, The Addams Family) join the cast for this explosive chapter in the series.

John Wick: Chapter 3 – Parabellum will be seeing you in cinemas across the UK on 15th May 2019.