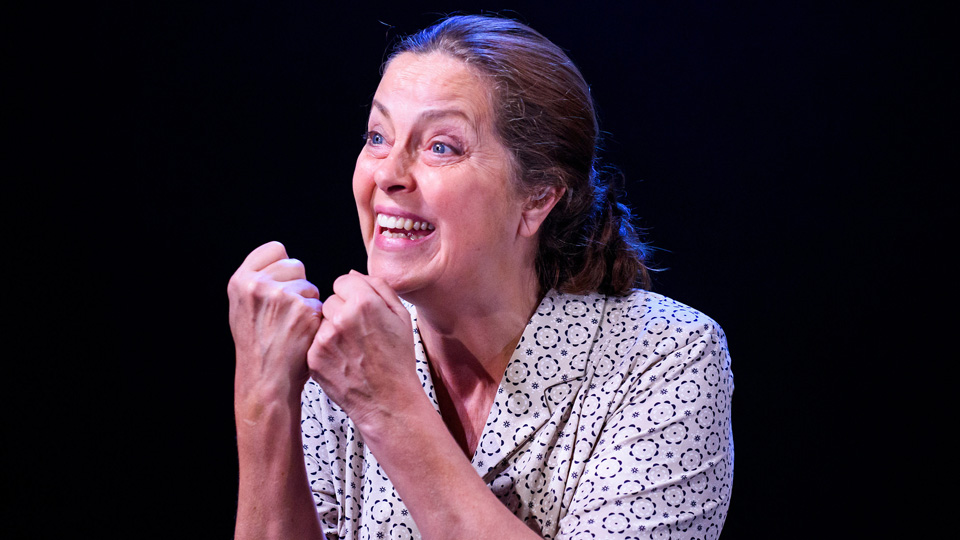 Tom Mothersdale dangles his bare feet in a moat of dark water as the audience take their seats. Behind him is a peeling stucco wall. “I have things up my sleeve,” he boasts. “But I am the opposite of a stage magician. He gives you illusion that has the appearance of truth. I give you truth in the pleasant disguise of illusion…” So begins the memory play which launched the career of Tennessee Williams, which is at West Yorkshire Playhouse this month.

The Glass Menagerie is a semi-autobiographical drama retracing life of Tom, a young man working in a Missouri factory, as he breaks from the confines of the apartment he shares with his mother and sister. When his mother persuades Tom to bring a gentleman caller to the house to provide a possible partner for his withdrawn sister, historic wounds are reopened causing regression, regret and rejection.

A co-production between West Yorkshire Playhouse, Headlong and Liverpool Everyman & Playhouse, The Glass Menagerie is staged in the intimate space of the Courtyard Theatre within a set which embraces the closeness of modern studio theatre. Atmospherically blank and devoid of colour, the staging has a black box studio feel which is the perfect canvas for the re-imagining of a sequence of events told through vignette. With little distraction from the set, save for a lapping pool downstage and a staircase leading to a gantry, the void which the drama is played against is bleakly arresting, offering dark shadows and forebodings whilst bringing forward the colour of the characters and the richness of the text.

Ellen McDougall’s direction is full of movement with an inventive use of space and light. Height signifies escape from the locus of the apartment for the family, with inspired use of a staircase. Lighting is deployed sparingly to infer a patchy recollection of events. The show has a morose tone throughout and evokes a clamminess, countered by lapping water which is a theme throughout the production. Liquids run off the stage into a large moat and a rain shower at the show’s denouement delivers a rich sensory experience; the show may be void of colour or texture, but it certainly isn’t dry in the literal sense. The sparsity of props – there is no dinner table for example – also provides an uncluttered focus on performance.

Greta Scacchi is remarkable as the mother Amanda, a jaded flower who has an obsession with the past whilst vocalising unremitting anxieties about her children. An outstanding study of nervous energy, Scacchi’s feverish movements and incessant jabberings are as funny as they are awkwardly tragic. Drawing empathy and irritation in equal measure, the part is vividly presented with charm and technical perfection. Erin Doherty plays the sister, Laura, with a glass-like fragility all of her own, utilising a platform heel to evoke a disability whilst underscoring her voice with a subtle quiver of nervousness. Laura’s withdrawn character is beautifully realised, particularly during a butterfly-like awakening in dance with Eric Kofi Abrefa, playing the unwitting love interest Joe. Abrefa is dynamic and vibrant as the cool popular kid at school who has failed in life, maintaining a charisma which is a believable focus for Laura’s schoolgirl desires.

Tom Mothersdale is superlative as Tom, promoting a romantic defiance in his performance. There is a reckless flight of youth in his aggression and ignorance, yet an inspirational drive for freedom and adventure in his ambitions. It is a brutally honest, if not purposefully misleading, performance which succeeds in transcending the time in which the part was written, thanks to Mothersdale providing a contemporary feel to the dialogue.

An arresting and brooding piece of theatre, The Glass Menagerie is also darkly comic, played in a minor key. Accessible and engrossing, it is an entertaining drama fortified with provoking ideas and powerful dilemmas. Leaving more questions than it provides answers, it is an opening chapter at the beginning of a man’s life; a rationalisation of an escape and a farewell to an unhappy existence. Sometimes hilarious, occasionally agonising, The Glass Menagerie is a brave story told through bold presentation and visceral performances which must not be missed.