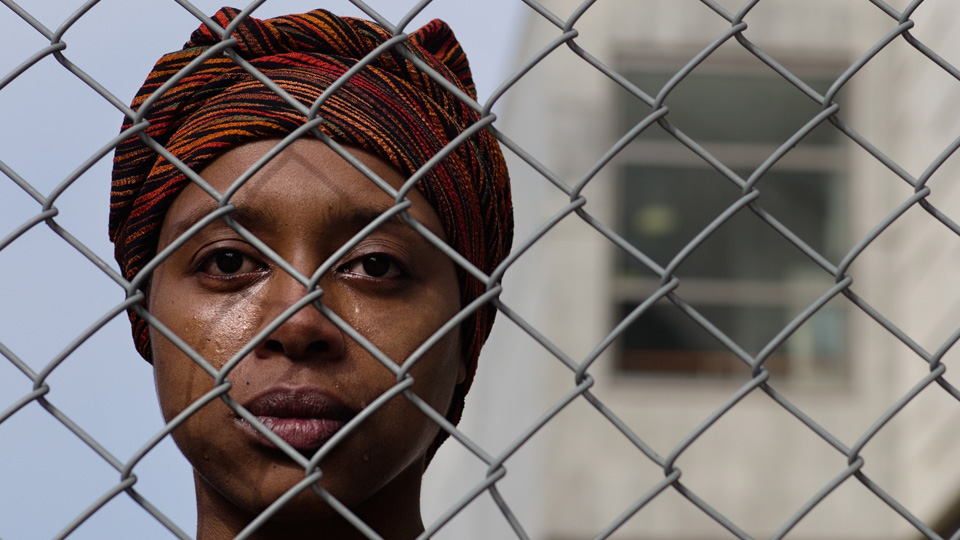 Coronation Street star Krissi Bohn returns to theatre in a compelling one-woman play with a topic that’s current in the media today. The Bogus Woman tells the story of an unnamed woman who flees from a country where she has been raped and seen her child, parents, husband and sister murdered. She arrived in Britain to seek asylum and a new life but instead is detained then interrogated, humiliated and racially abused. Her dreams of safety are finally shattered on the cruel streets of London.

Krissi, who played Jenna Kamara in the ITV soap, portrays 51 different characters to tell the powerful story of asylum in modern Britain. “The Bogus Woman is an amazing play and after the run in Keswick in 2008, I always wanted to do it again and take the show out to a wider audience,” said Krissi. “Playing in The Bogus Woman was the most challenging and most rewarding piece of work I have done. Now is the right time for the team to stage the play again and for it to be seen again. The story the play tells is just as pertinent as it was when it was written.”

Ten years after writing The Bogus Woman, Kay Adshead said: “It is still being performed because tragically the asylum debate remains at the centre of not just British politics, but international policy making. Innocent people who have committed absolutely no crime, often fleeing the most terrible circumstances, bloody slaughter, destruction of their homes, traumatised after seeing loved ones killed, are still being locked up in the equivalent of high security prisons, without charge, without a release date, without access to adequate legal representation, in the vain hope that this will deter others from exercising their rights under the Geneva Convention to claim asylum in Britain.”

The Bogus Woman was first produced at the Traverse Theatre, Edinburgh in 2000 and then at the Bush Theatre in London in 2001. In 2008, Krissi took on the demanding role at Theatre by the Lake in Keswick, Cumbria, in a new production directed by Zoë Waterman which was seen by more than 3,500 people during a Lake District summer.

The tour of The Bogus Woman is presented by Curtis Productions and Theatre by the Lake in association with Mama Quilla Productions. It is supported using public funding by the National Lottery through Arts Council England.

The Bogus Woman is at Square Chapel Centre for the Arts, Halifax on Friday 25th September from 8pm. Tickets are priced between £10 – £12. For more information and to book call the Box Office on 01422 349422 or book online at squarechapel.co.uk.