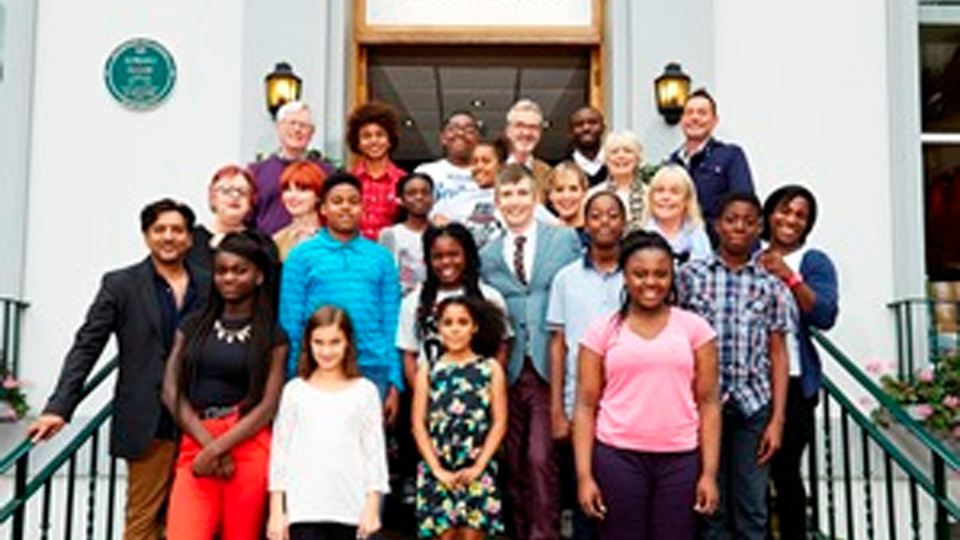 Blue Elephant Theatre is a small fringe theatre located on the Wyndham and Comber Estate in Camberwell, South London. It seeks to offer creative opportunities to those who may not otherwise to be able to access them. Radzi and Maggie first came to know the Blue Elephant as members of Gareth Malone’s All Star Choir in 2014, recording a number one single to raise money for Children in Need. Participants of the Blue Elephant’s long-running Young People’s Theatre, which has been funded by Children in Need for nearly a decade, also took part in the choir, getting to know the celebrity singers and recording at the famous Abbey Road Studios.

Maggie, who was Sunday Times Sportswoman of the Year in 2010, joined the choir straight from playing an instrumental role in helping England win the Women’s Rugby World Cup in 2014. She says: “I am happy to announce that I am now a Patron of Blue Elephant Theatre, a great little charity in Camberwell. I worked with Blue Elephant for the Children In Need single in 2014 and was really impressed by the work they do. I look forward to helping them any way I can in the future.”

Radzi, recently seen reporting from the World Athletics Championships in Beijing, hopes to inspire the young people who participate in the Blue Elephant’s activities to reach their full potential. He has been a Blue Peter presenter for nearly two years, having previously competed in karate at national level and achieved a top ten finish at 2011 GB Skeleton Bobsleigh Trials.

This is good news for Blue Elephant Theatre which lost 20% of its core funding from Southwark Council earlier this summer. Participation & Co-Artistic Director Jo Sadler-Lovett says: “We are delighted to have two such inspirational people joining our team. The young people we work with face many challenges and our goal is to help them overcome these, finding success and happiness. I know our patrons feel the same, so we look forward to working together to enabling local young people to see an amazing future ahead of them.”

The focus of Blue Elephant’s Participation work is to tackle all forms of social exclusion in the local area by engaging individuals through the arts. Many of its projects target marginalised individuals or communities, as well as children in care, young carers and young people at the risk of offending. Last year, the Participation Department worked with over 2500 individuals, aged 4 to 82 and provided over 650 workshops free of charge.