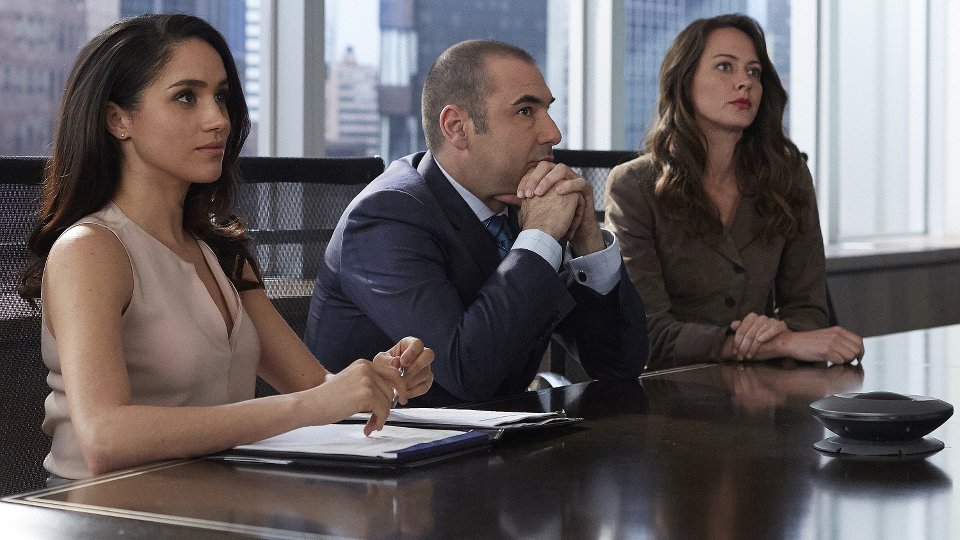 Harvey (Gabriel Macht) took on Sam Tull (JR Bourne) and was shocked to discover that Tull’s therapist was Dr. Agard (Christina Cole) on the latest episode of Suits.

Tull had been accused of making unauthorised trades by his employer Butler Trading costing them $50 million. The company was keen to get rid of Tull and called Dr. Agard as a witness to testify about his state of mind. Harvey panicked and used privileged information to destroy her in order to protect Tull.

Elsewhere in the episode Donna (Sarah Rafferty) secured Mike (Patrick J. Adams) and Rachel’s (Meghan Markle) dream venue for their wedding by blackmailing the couple who had reserved it on the day they wanted. Mike and Louis (Rick Hoffman) came up against Jack (John Pyper-Ferguson) again and Jessica (Gina Torres) intervened when Jack took on a client that was a conflict to a long-term client of Louis’.

The next episode of the season is Hitting Home. Mike teams up with Jack Soloff to co-counsel a case; Esther Litt returns to solve a problem; Donna and Harvey work on their friendship.