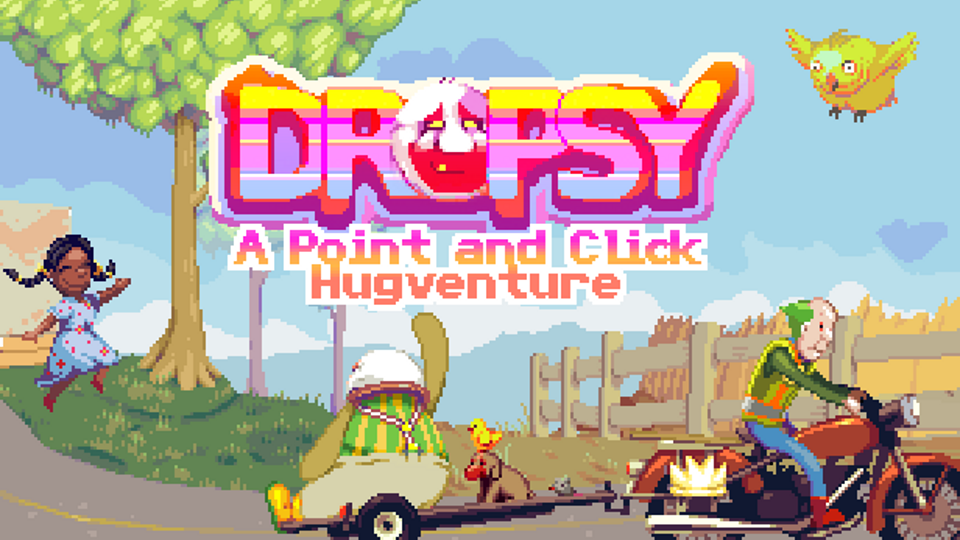 The developers at Tendershoot and A Jolly Corpse alongside publisher Devolver Digital have released the point and click hugventure Dropsy on PC, Mac, and Linux.

Dropsy’s journey, starting in internet forums and eventually finding success at the end of a series of Kickstarter attempts, finally reaches its glorious apex as the ambitious and heartwarming adventure is now available for both longtime followers and recent fans with 10% off the £6.99 price for a limited time.

During the quest to clear his name and revoke his urban legend status following a deadly circus fire, Dropsy will encounter a peculiar cast of folk to communicate with through visual icons rather than traditional text dialog trees. Through these rudimentary conversations, Dropsy takes players on a journey of self-discovery with a story that harnesses powerful themes of love and redemption – Dropsy the character is an outsider, and longs for a place among the people inhabiting his world.

During his adventure, players will find answers to geographically based puzzles, unravel dark and shameful secrets, and collect fancy items to stuff in his elastic waistband for use along the way.

Dropsy is now available on Steam, Humble, and GOG with 10% off the standard price during the first week of launch, and Dropsy’s biggest fans can also purchase the Warm Damp Hug Edition that includes the game, the official soundtrack, the Dreamworld EP, and the Dropsy Book of Secrets digital book for £14.99.

Dropsy will also release on iOS and Android later this year. For more information check out the official Dropsy the Clown website.