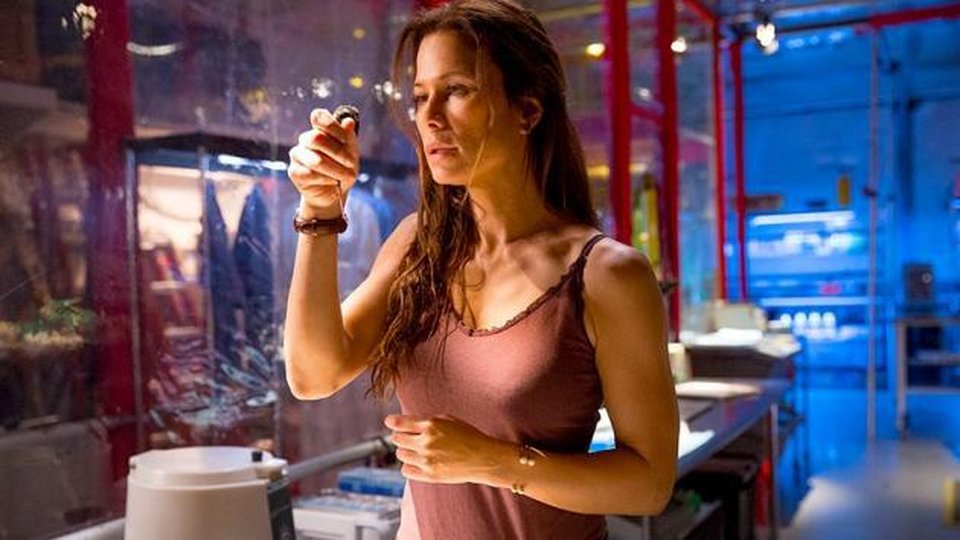 Dr. Scott (Rhona Mitra) let her emotions get the better of her during the latest episode of The Last Ship.

Forced to work with Niels (Ebon Moss-Bachrach) to develop her cure, Dr. Scott had to swallow her pride when she realised he was the only one who could help her. When she got what she needed, Dr. Scott infected Niels and killed him, watching as he bled out and collapsed in front of her.

Elsewhere in the episode Michener (Mark Moses) started to embrace his role as President as his confidence increased, the Nathan James crew stumbled across a community of children on their latest mission, and Chandler (Eric Dane) and his team set out to find supplies and materials for Dr. Scott.

The next episode of the season is Friendly Fire. Rachel is hard at work on a new, more efficient version of the cure while Alisha decodes a message found on a cell phone recovered from the Immunes on land. A suspicious death on the ship forces Chandler to launch a murder investigation, causing dissent among the crew and threatening to upset good order and discipline.