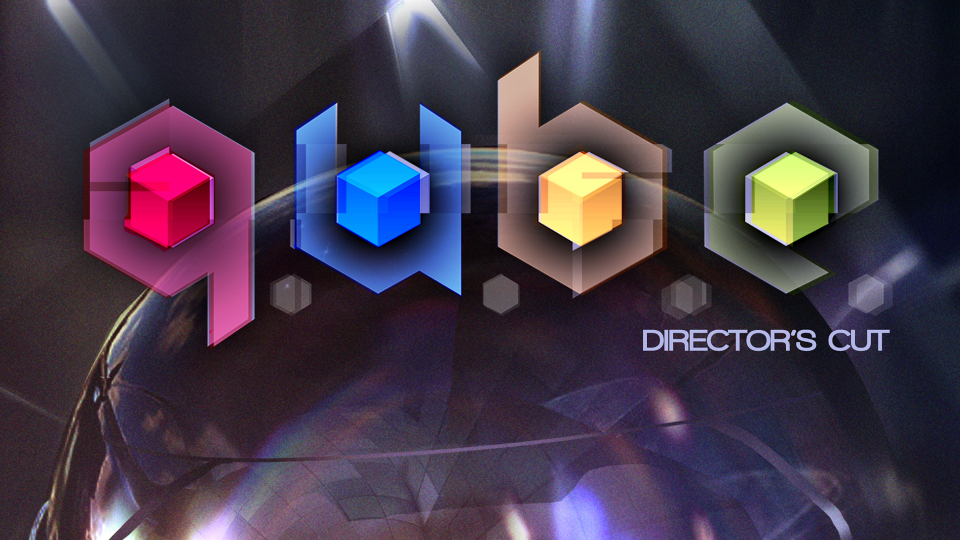 Q.U.B.E. is a first-person puzzle game that was first released on PC back at the end of 2011. Now developer Toxic Games have brought it to PS4 and Xbox One with a new enhanced director’s cut edition.

The director’s cut comes with an all-new narrative created by industry veteran Rob Yescombe (Crysis, Alien: Isolation). The player awakes aboard a mysterious alien craft which is on a collision course for Earth. Naturally it’s up to you to stop it and save the planet. The story fits around the game incredibly well and it’s hard to believe it was added afterwards.

The name Q.U.B.E stands for Quick Understanding of Block Extrusion which refers to what you need to do to tackle the myriad puzzles that you face. The craft is a series of sterile rooms which are built out of white cubes. A bit like Valve’s Portal you need to solve a puzzle in each room in order to progress.

However there’s no portal gun here, instead you wear a pair of high-tech gloves which are able to manipulate coloured cubes that are scattered around the environment. The puzzles start off simple and gradually increase in difficulty by adding new elements. There’s a mostly steady learning curve throughout and each puzzle teaches you something that will be useful later.

The vast majority of the puzzles can be solved quite easily once you get your head around the different concepts. There are three main coloured blocks that you need to get used to and your gloves allow you push or pull them. A blue block once depressed turns into a spring pad allowing you to reach higher areas, a red block can be pulled out three blocks long to form a platform and the yellow blocks come in groups of three and are most useful as stairs.

The early puzzles are based around you using these blocks to reach a higher place to access the next room. Later the game introduces you to purple blocks which can rotate sections of walls and green which spawns a green block to use as a step.

As you get further into the game the rooms become bigger and more complex. Most can be figured out with some patience and trial and error. There are a couple of puzzles that really took some time to overcome, particularly towards the end of the game.

Other new concepts are eventually introduced such as beams of light, mirrors, magnets and balls. The levels with balls tend to be on a slope with a button to spawn a ball. Once spawned you need to use the different kinds of blocks to guide the ball to the correct coloured zone. The beams of light need to be bounced around on mirrors and there are even parts when you have to pass through coloured blocks to make new colours to open the next area.

On the whole the puzzles are rather fun to solve and the game can be hard to put down as completing a room just takes you to the next. Before you know it you’ve already started putting the solution together.

The narrative also keeps you interested and pushes you forward. On the alien craft you are in communication with a male and female who are giving you conflicting reports of where you are and why you are there. The story keeps you guessing and the voicework by Rachel Robinson (Fang in Final Fantasy XIII) and Rupert Evans (Ridley Scott’s TV drama, World Without End) is excellent.

The campaign will take different amounts of time depending on how good you are at the puzzles. I’d guess that most players will be through it in under five hours. To keep you busy once you’re done there is also a time-trial mode called Against the Qlock to keep you busy.

Q.U.B.E. is a great puzzle game with an interesting story that is well worth a look for fans of the genre. Those who missed it first time around will get the most out of it but it’s still worth a second look for returning players thanks to the director’s cut extras.