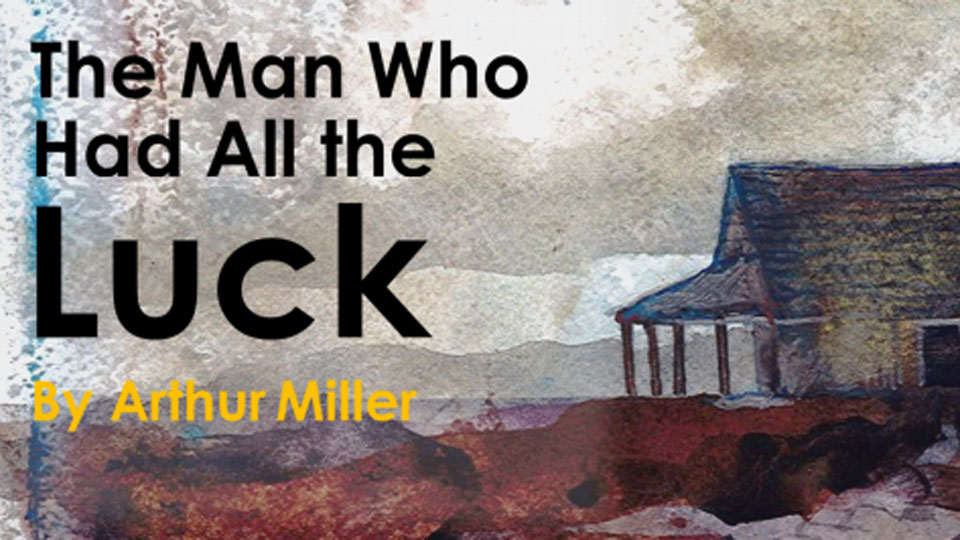 From September 2nd – 26th, at the King’s Head Theatre, Arthur Miller’s rarely performed first play, The Man Who Had All the Luck, will be produced.

Searchingly philosophical and vehemently political, it intimates much that will take centre stage in his better-known work for decades to come. This revival in Miller’s centenary year will be the second production from renowned theatre company End of Moving Walkway, whose critically acclaimed Oh, the Humanity and Other Good Intentions was nominated for a What’s On Stage Award and two Off West End Awards.

Everything David Beeves touches turns to gold. He has a beautiful home and a loving wife, loyal friends and a thriving business. But as those around him trip and fall, David struggles to understand his fate. What if his Midas touch, like the flip of a coin or the pull of the tide, is nothing more than good luck?

The King’s Head are proud to be presenting this new revival in their 45th anniversary year, and have in recent years staged critical revivals and world premieres of pieces by established playwrights, including Tennessee Williams, Arnold Wesker, Joe Orton and Edward Bond.

See kingsheadtheatre.ticketsolve.com for details and to book.

In this article:Arthur Miller, King's Head Theatre, The Man Who Had All The Luck