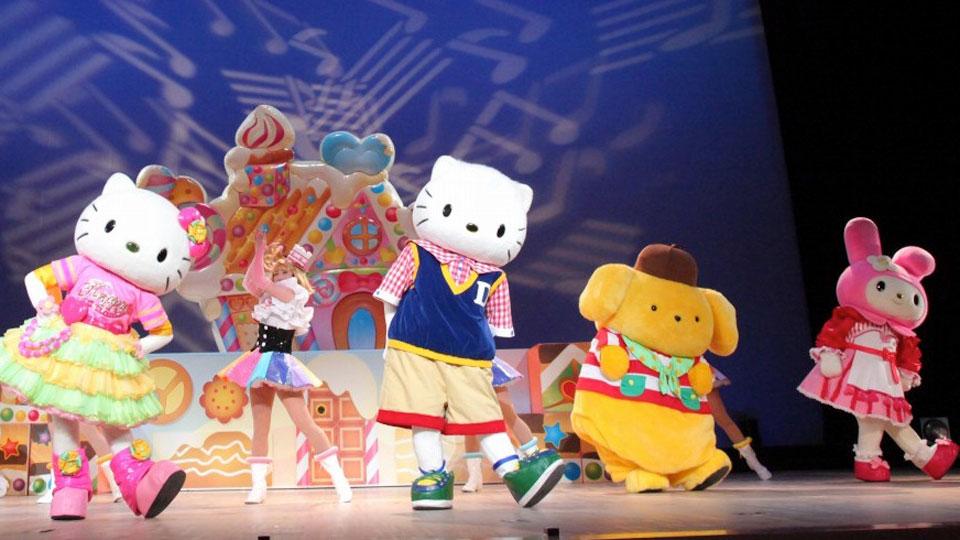 Sanrio GmbH, Live Nation and Zen Tiger Live, in association with Warner Music Group, officially announce the World Premiere of Hello Kitty Live – Fashion & Friends on Thursday 8th October 2015 at the Eventim Apollo in London, which will be followed next year by a UK tour, starting on Saturday 26th March.

Tickets for the World Premiere and the UK Tour are on sale now.

For the first time ever, fans of all ages will be given the chance to physically enter the world of Hello Kitty as she takes to the stage live and in 3D for this World Premiere of Hello Kitty Live – Fashion & Friends, the latest development in the continuing evolution of this global super brand.

Set in modern-day London, Hello Kitty is a young girl who is full of dreams and ambition for her future. But before she can get there, she is faced with a challenge ahead. Luckily Hello Kitty is not alone and with the help of her fantastic friends including My Melody, Dear Daniel and Mimmy, she will take on this amazing opportunity that can change her life forever!

This is a story of talent, friendship and a passion for creativity combined with fantastic fashion and costumes. Combined with a lively and sparkling soundtrack, including songs from Clean Bandit, Charli XCX, Bruno Mars and Echosmith, this is a chance to take part in this unique show for children, families and fans of all ages.

The World Premiere of Hello Kitty Live – Fashion & Friends will be preceeded by a preview show on Tuesday 6th October at The Waterside Theatre in Aylesbury.

The producers at Zen Tiger Live have assembled an accomplished creative team comprised of Richard Lewis, creative director of a long list of successful productions including Peppa Pig Live and Lazy Town Live; Del Mak, choreographer of TV show Got to Dance and LRNZ, one of the most acclaimed upcoming visual artists on the digital scene. Together they have created a fun-packed show, where the characters on stage and the animations on a mega HD screen interact with the public as the story unfolds.

An exclusive and limited series of Hello Kitty Live – Fashion & Friends merchandising will be available only at the show venues.

See www.hellokittylive.com to book and for details of the tour.