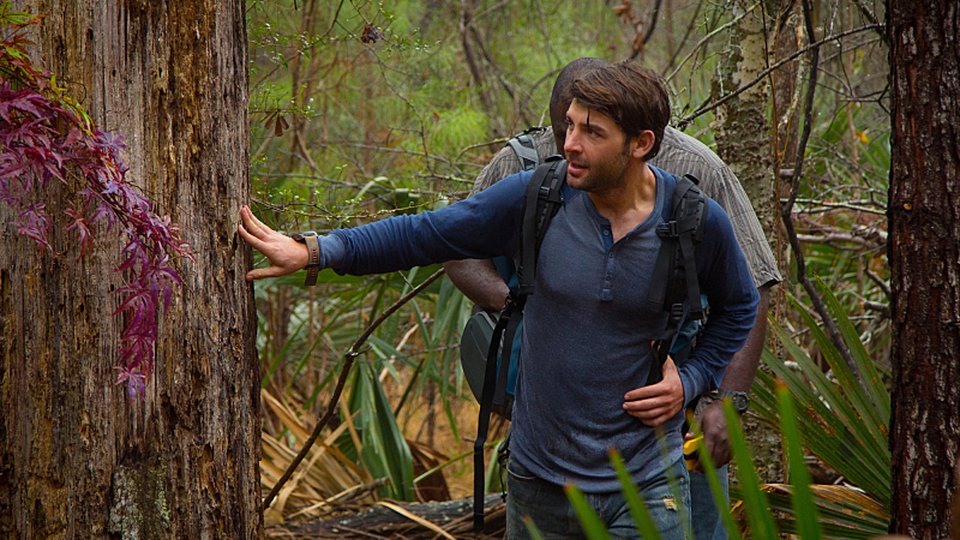 Jackson (James Wolk) was directed to Japan by his mother in a bid to find his father’s rejected research results on the latest episode of Zoo.

After finding Abraham (Nonso Anozie) alive, Jackson brought him back to the base to recover from his injuries. Jackson insisted that his father may have been on to something with his research but his mother was dismissive until a large amount of lion related casualties started to occur.

Elsewhere in the episode Chloe (Nora Arnezeder) returned to Paris to find out her sister was sleeping with her fiancee and was approached by the mysterious Gaspard Alves (Henri Lubatti), Jamie (Kristen Connolly) and Mitch (Billy Burke) continued their investigation on strange animal behaviour, and a man who was in the midst of adopting a child with his wife was lured into an ambush by an animal in his hotel.

The next episode of the season is The Silence of the Cicadas. Jackson flies to Japan in search of his father’s research. Meanwhile, wolves attack a prison.

Tune in to Sky 1 HD at 9pm on Sunday. Preview the episode with our gallery below: