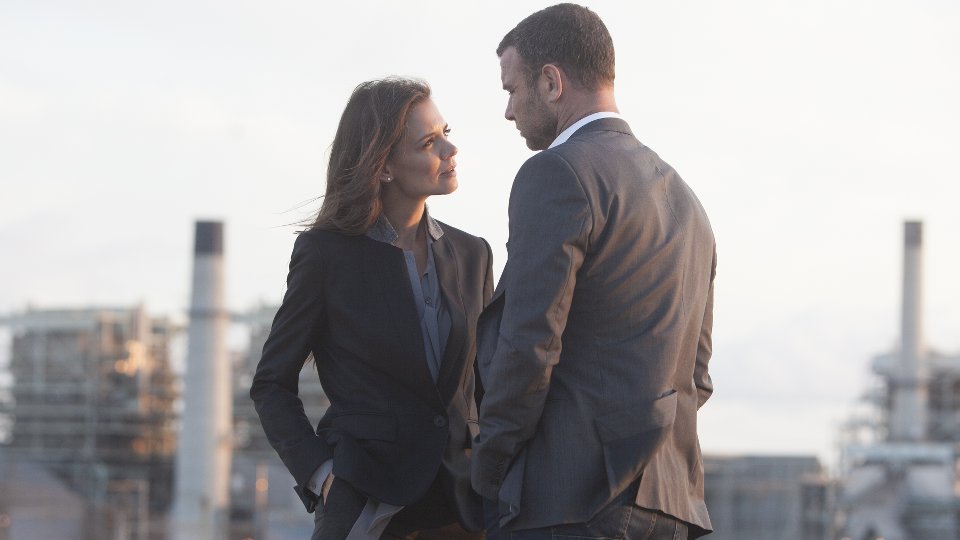 Ray (Liev Schreiber) found himself on the end of a losing deal on the latest episode of Ray Donovan.

Finney (Ian McShane) was furious when Verona (Skipp Sudduth) lost the election meaning that Paige (Katie Holmes) couldn’t build the football stadium she’d been planning. Matters were made worse when Finney found out that Ray had negotiated himself a 3% stake in the stadium after giving Paige Verona’s phone.

Elsewhere in the episode Mickey (Jon Voight) tried to help Ginger (Fairuza Balk) after she was threatened by a neighbour, Terry (Eddie Marsan) became paranoid that people were coming after him following the murder he committed in prison, Bunchy (Dash Mihok) proposed to Teresa (Alyssa Diaz), and Paige (Kerris Dorsey) got closer to her teacher Mr Donellen (Aaron Staton) after getting high.

The next episode of the season is All Must Be Loved. Ray is contacted by Romero. Bunchy joins Mickey against the Minassians.

Ray Donovan continues at 9pm Wednesdays on Sky Atlantic HD. Preview the episode with our gallery below: