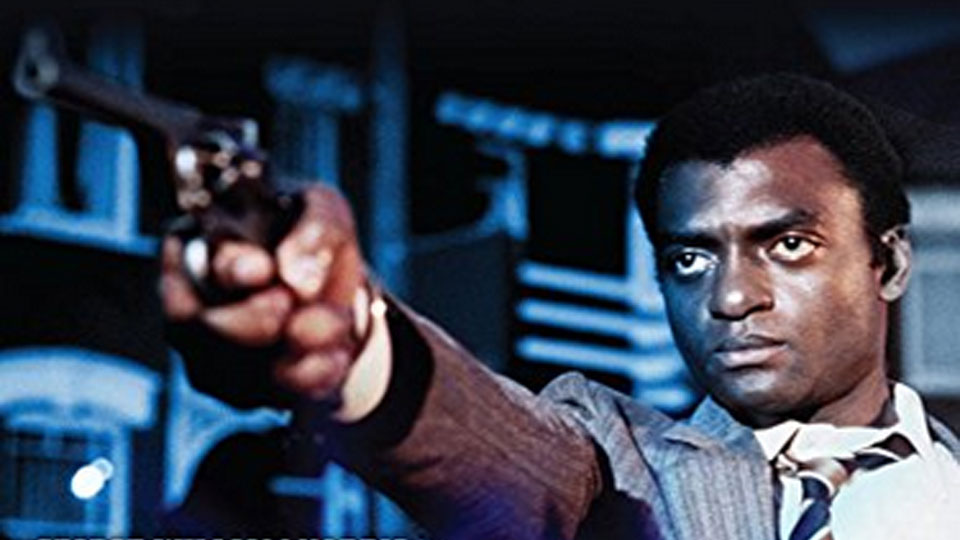 Wolcott is a British TV serial from 1981 that follows the adventures of Winston Churchill Wolcott (played by George Harris) – a black police officer who is promoted to the CID in London’s East End following his successful arrest of two wanted criminals. Naturally, as we’re going back a generation or so, Wolcott faces racism from his fellow officers, even his subordinates, in a police force that was still over a decade and a half away from the Stephen Lawrence Inquiry that confirmed and then tackled institutionalised racism. A powerful aspect of the series is how the offensive racist terms lose their power to shock and hurt. Wolcott faces them repeatedly and with wearisome regularity, so that after a while, they just sound idiotic and we share Wolcott’s boredom for the abuse.

As a series featuring a black actor in the lead role, especially one playing a police officer, Wolcott is ground-breaking, and this perhaps explains its high budget and excellent production values. For a gritty crime drama, little by way of expense has been spared. The whole serial is shot on 35mm film and it looks pristine in this high-definition transfer. There’s extensive location filming (always costly) around the East End of London that lends it a sense of authenticity; whilst the plot is complex and the characters intriguing enough to raise it above your average cop drama.

Another impressive aspect of the show is the cast. George Harris is excellent in the lead. Wolcott is intriguingly amoral – there’s no effort to depict him as superhuman or flawless – and not every decision he makes is the right one. Harris brings intensity to the part. One of his fellow police officers, and one of the few to not subject him to racist abuse, is played by Christopher Ellison, who went on to have considerable success as Burnside in The Bill and his own spin-off series, and it’s the kind of performance – as a jack the lad you never fully trust – that surely led directly to his future successes. Hugh Quarshie, another black actor who went on to establish himself as one of British TV’s leading actors, is charming yet edgy as Wolcott’s friend Dennis, a local youth group leader who despises Wolcott’s promotion, seeing it as an attempt to fit in with the establishment. The late Warren Clarke is everything you’d expect as a roguish, charmless villain; whilst Clive Merrison livens up a supporting role as a newspaper editor with his customary ability to extract humour and irony from any scene. Look out for a moment in which a communist street preacher argues with a national front member – the characters are played by Alexi Sayle and Keith Allen respectively. Rik Mayall also pops up as a racist police officer.

There are a few aspects of Wolcott that don’t work, most notably the subplot that sees him liaising with American female reporter Melinda (played by Christine Lahti). The character seems to have been shoe-horned into the script in order to provide a will-they-won’t-they romance element, as well as a strong female character with an accent aimed at increasing appeal for overseas sales. In short, Lahti does her best with a thin character that is present as an exercise in box-ticking, rather than one integral to the plot. Running to over three hours, Wolcott certainly takes its time telling its story. We found the ending a touch clichéd and disappointing, but we won’t give it away.

Few other dramas of the era presented British television audiences with a multi-ethnic cast, a notable exception being the BBC’s Gangsters (the original Play for Today was, like Wolcott, produced by Barry Hanson), written by Philip Martin, even though that series relied on a white leading actor (Maurice Colbourne). Whilst lacking Gangsters’ humour and quirky postmodernism, Wolcott is similar to it in another respect: none of the characters is presented as either moral or immoral entirely on the basis of the colour of their skin. For this reason, the series retains a sense of modernity.

Ultimately, Wolcott is best-remembered and enjoyed as landmark television drama that paved the way for strong black characters in leading roles on British screens. The actual quality of the drama is reasonably good, if never exceptional. This excellent restoration is well worth a look.